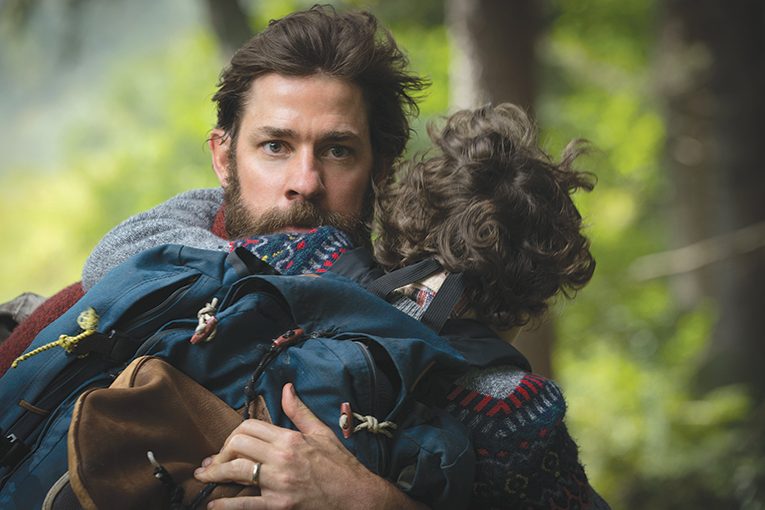 “A Quiet Place” is one of the recent critical successes that has been labeled as prestige horror. (photo courtesy of Warner Bros.)

Critics love to diagnose a cultural moment with a flashy new term, elating in the prospect that it might become the next trending catchphrase.

New terms aren’t necessarily a bad thing. “Neo-noir” helped define the darker tone of the New Hollywood, from “Taxi Driver” to sci-fi detective film “Blade Runner.” Such terms identify narrative patterns and similarities in production. But not a new candidate that popped up a few years ago: prestige horror. To call new horror films like “Hereditary,” “A Quiet Place” and “The Cabin in the Woods,” to name a few from an Esquire editors list from August, prestige horror is an odd choice.

They’re entirely different: a demon-possession flick about grief, a modern-day “Twilight Zone” episode and a metahorror film that parodies the entire genre. Is the only common thread that critics like them, fan reactions be damned? (“Cabin” sits at 92% on Rotten Tomatoes, while users – albeit a bad example of moviegoers – drops to 74%.)

The notion of prestige horror arrives in the wake of television’s new golden age. As one character from Netflix’s “Unbreakable Kimmy Schmidt” rightly notes, “You know you’re in a golden age of television when you take a show like ‘The Americans’ for granted.”

“Prestige” and “elevated” only seek to hate on horror fandom, declaring most installments trash. This avant-garde alternative arrives as a savior, promoting the myth that filmmakers recently discovered this untapped resource.

If that were true, then why are so many horror auteurs trusted with big-budget films? Consider the number of directors who helm horror films right before major franchise breakthroughs: James Cameron, Gore Verbinski, Richard Donner, Sam Raimi, James Wan, David F. Sandberg and Scott Derrickson.

The working definition of horror prestige – or elevated horror or post-horror (a term The Guardian’s Steve Rose tried out to define horror films without jump scares) – rejects common horror tropes, Esquire says, instead blending “shades of so many other genres.” So prestige horror requires genre hybridity?

“Evil Dead 2” did that nearly 30 years ago. The more astute point comes from the Los Angeles Times: rebranding something that already exists.

Instead the term, “primarily speaks to a snobbery that comes from decades of horror films – like comedy – being dismissed as not a ‘serious’ art form,” The Times’ Chris Barton writes.

“Get Out” director Jordan Peele faced this peculiar dilemma when his feature debut earned a nom for “musical or comedy” at the 2018 Golden Globes, a confusing choice supported only by three scenes involving a supporting character authoritatively touting his TSA gig while he searches for answers. 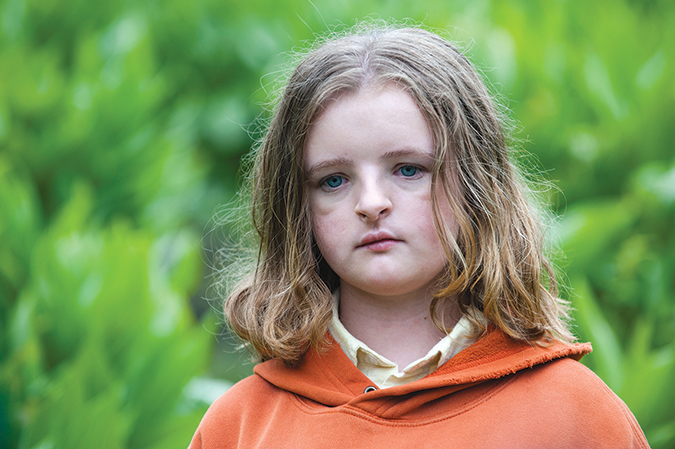 Prestige horror is an odd description for 2018’s “Hereditary,” an unusual but compelling horror film. (photo courtesy of A24)

Less than a week before Peele’s sophomore flick premiered, he drew a line in the sand. “‘Us’ is a horror film,” he simply declared on social media in March 2019.

This battle over horror’s aesthetic status exposes “a long history of movies being too good to be considered horror,” New York Times’ Jason Zinoman writes, including classics like “Carrie,” “The Exorcist,” “Rosemary’s Baby” and “Jaws,” favoring alternative labels like “adventure,” “science fiction” and “social thriller.”

To date, around 20 horror films have received nominations for Academy Awards, though the fluid definition of the genre throws some films into question: “Black Swan,” “The Shape of Water,” even 1931’s “Dr. Jekyll and Mr. Hyde.”

At least six horror films earned consideration for a year’s best film, peaking in 1991 when “The Silence of the Lambs” won (some prefer to call it a psychological thriller). That occurred 12 years before the first fantasy film would follow suit. And the closest thing to a science fiction win is “The Shape of Water,” but perhaps it’s a horror film after all.

Clearly, horror’s high number of “shameless” sequels, reboots and adaptations make for easy targets. But marvelous moments hide in corners of the oft reviled genre: an iconic sequence in “The Exorcist III,” a brilliant American remake of a Swedish film and novel, “Let Me In,” and the first major franchise mashup, “Freddy vs. Jason,” a mediocre film that set the stage for Marvel’s storytelling tools on the big screen almost a decade before the Avengers would first assemble.

Vice’s Noel Ransome characterizes prestige horror – “art-house,” for him – based on budget.

“The last few art-house horror flicks with small budgeted success deal with issues in similar ways,” he writes. “Jordan Peele’s ‘Get Out’ (racism), ‘The Witch’ (paranoia), ‘A Quiet Place’ (family and loss), and ‘The Babadook’ (grief) – all use elements of the horror genre to sell drama, tickets, and even win Oscars.”

Sure. But none of that’s unique to the last five decades. The entire “Saw” franchise, eight films dating back to the 2005, cost around $77 million total to produce and grossed almost $1 billion at the box office.

Horror has always had the public’s eye more than best pic winners like “The Artist” or “The Hurt Locker.” But to call the latest batch elevated ignores the genre’s history of notable works that date back decades: “Psycho,” “The Birds,” “Rosemary’s Baby,” “Suspiria” and “The Shining,” to name several.

If a descriptive term arrives to better describe the current trend, it deserves to stick. But critics’ fresh scores and award consideration simply means the gatekeepers learned what horror lovers have always known: like every other genre, some horror films are quite good. So perhaps the best label for now is merely good or bad.