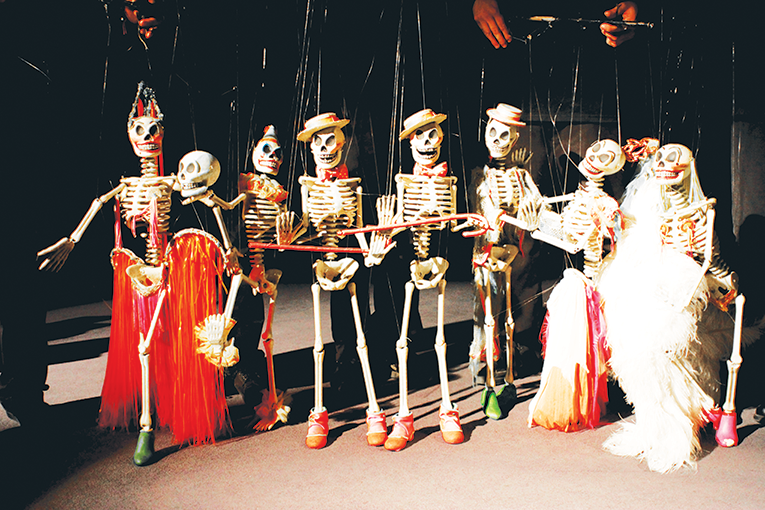 Filmed in front of a live audience, this wonderous Halloween offering – an eye-popping and unforgettable musical variety puppet spectacular – launched online at PlayhouseLive on Oct. 21 and is part of the fall lineup of pay-per-view streaming theatrical events.

Bob Baker’s “Halloween Spooktacular” is intended to be a haunting night of family fun with a spectral showcase of sweet, spooky spirits featuring beloved characters Purple People Eater, Dracula, the Invisible Man and nearly 100 of their closest puppet pals.

A beloved Los Angeles tradition, more than 1 million children of all ages have experienced a Bob Baker puppet performance since the theater was founded in 1963. In addition to in-house performances, members of the Bob Baker puppet family have appeared in motion pictures, on television shows, onstage at the Hollywood Bowl, and myriad other spots including community centers, backyards and parades.

For the upcoming holiday season, PlayhouseLive will exclusively bring Bob Baker’s “Holiday on Strings” directly into homes for the first time.

Other PlayhouseLive programming making debuts on the streaming service this fall include poet, performance artist and professor Javon Johnson in “Still,” the timely one-man performance about the complexities of the Black experience. “In Development” gives an insiders’ look at unproduced theatrical works as they are introduced to the world for the first time with the first episode featuring Megan Mullally and Nick Offerman performing excerpts from “Iceboy!” a new musical by Mark Hollmann, Jay Reiss and Erin Quinn Purcell.

“Page to Stage” takes the viewer behind the curtain to explore the theatrical journey from conception to opening night. “From the Archives” celebrates the unique impact regional theater has had across generations in shaping American culture.

Bob Baker’s “Halloween Spooktacular” can be rented through PlayhouseLive for $14.99 and is available through Nov. 18. For information, visit playhouselive.org.