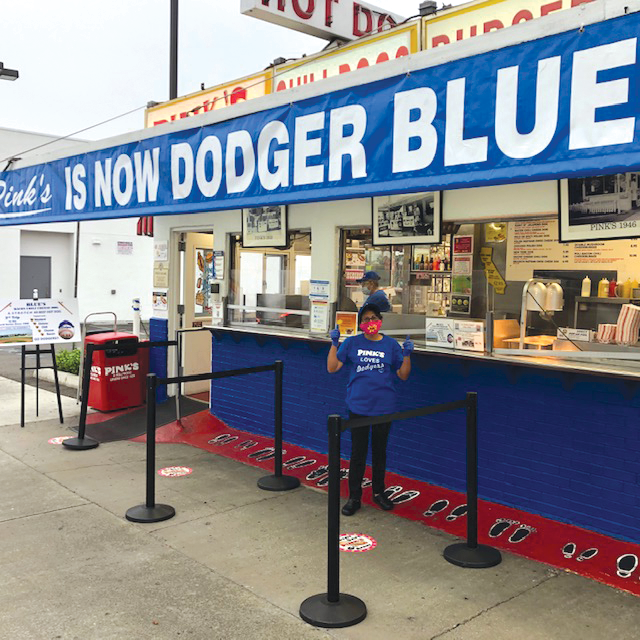 To commemorate the Dodgers winning the 2020 World Series, Pink’s Hot Dogs is donating $1,900 in proceeds from sales of its celebratory Blues Bacon Chill Cheese Dogs to the Los Angeles Dodgers Foundation. Pink’s sold 389 Blues Bacon Chill Cheese Dogs during the World Series for $4.88 each, with the 88 cents representing the last year the Dodgers won the title. Owner Richard Pink is a longtime Dodgers fan and celebrated each year when the team went to World Series by decorating the stand in blue and offering a special hot dog. After 2017 and 2018, the third time is a charm, he said.