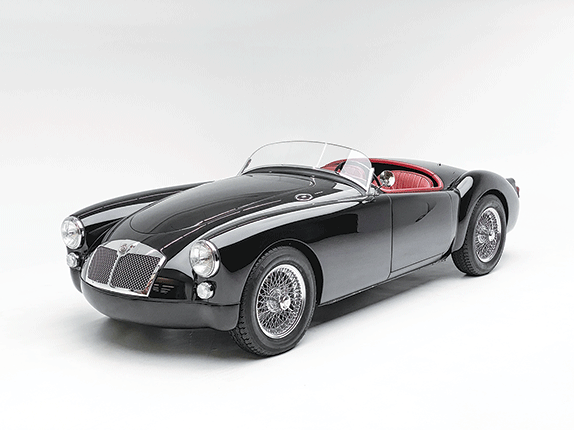 The 1961 MGA Outlaw Sold for $115,000 during the museum’s 26th annual gala celebration. (image courtesy of the Petersen Automotive Museum)

The Petersen Automotive Museum raised a record net $1.2 million at its virtual 26th annual gala celebration on Sept. 26. During the festivities, the museum teased three new exhibits set to launch in October, including a new supercar display with more than 30 cars, chronicling the rise of the supercar across automotive history.

The event also featured a live auction in which a 1961 MGA Outlaw restored by the museum broke records and became the highest-selling MGA in history. The 1961 MGA roadster was donated to the Petersen in 2011 and was subsequently restored by the museum’s in-house team of technicians over the last five years. The car is finished in black over red leather and is powered by a rebuilt and over-bored 1,622cc inline-four-cylinder engine.

The proceeds generated from the sale of this vehicle and the other auction lots will be used to benefit the museum’s exhibits and the Hammertime education programs, including the Bruce Meyer Automotive Scholarship, which supports vocational training and internships. 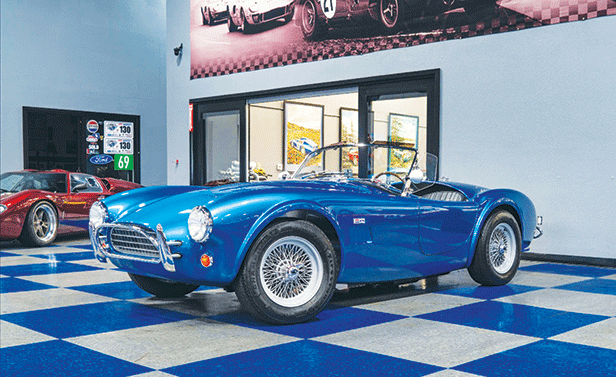 The MKII Slab Side, an officially licensed continuation vehicle modeled after the 1962 Shelby Cobra 289, was donated by Superformance LLC to benefit the museum at its gala. (image courtesy of Superformance)

“Digital programs for remote learning have become more important than ever,” Petersen Automotive Museum Board Member Michael Armand Hammer said. “The Hammertime Global Education Initiative allows us to teach kids about the history and future of the automobile in a compelling and easily accessible way.”

“We’re grateful for the funds generated through this year’s gala, and we can’t wait to continue sharing our passion with students around the world,” he added.

Highlights of the virtual evening included an exclusive walkthrough of yet-to-launch exhibits, a live auction, and car memories from automotive celebrities.