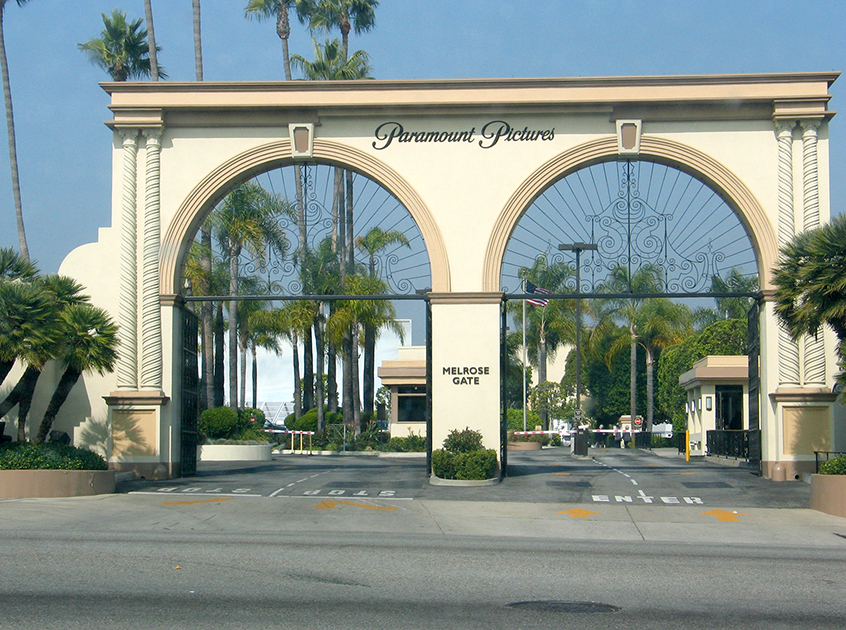 Police first made contact with the suspect at Melrose Avenue and Plymouth Boulevard, near the studio’s gate. (photo by Edwin Folven)

Authorities have identified a sexual assault suspect who allegedly barricaded himself inside a building on the Paramount Pictures studios lot during a stand-off with police on Oct. 18 as Bryan Gudiel Barrios, 36, of Fullerton.

Barrios was taken into custody shortly after midnight on Oct. 19 after evading police for more than two hours, police said. The suspect was wanted by detectives from the city of Fullerton for an alleged sexual assault of a minor that occurred in that city. After learning he worked on the Paramount Pictures studios lots, investigators went there on a stake-out.

At approximately 10 p.m. on Oct. 18, Fullerton investigators and Los Angeles Police Department officers located Barrios near the intersection of Plymouth Boulevard and Melrose Avenue, near an entrance to the studio lot. Authorities attempted to arrest Barrios, but he pulled out a knife, police said. Officers used a Taser, bean bag rounds and other less-than-lethal measures to subdue Barrios, but he continued to resist, police said. During the attempt to arrest the suspect, an LAPD officer fired a shot but nobody was struck, said LAPD spokesman Drake Madison.

Barrios broke free from the officers and ran onto the Paramount Pictures lot before barricading himself inside a building, said Corporal Billy Phu, with the Fullerton Police Department. Authorities called in a police negotiator who convinced Barrios to surrender, Phu said. It was unclear whether Barrios was an employee or worked for a contractor at the studio lot, he said.

The suspect was suffering from self-inflicted knife wounds when he was arrested and was taken to a hospital for treatment. Phu said when Barrios recovers, he will be booked for felony sexual assault of a minor.