Looking ahead to what’s ‘Next’ for Hollywood 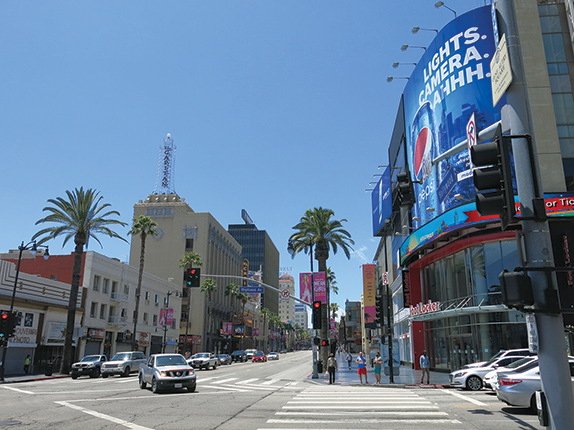 The retail market in Hollywood has seen success when businesses create in-person experiences for customers. (photo by Cameron Kiszla)

The Hollywood Chamber of Commerce virtually hosted its 2020 Economic Development Summit on Oct. 15. This year’s event, “Hollywood Next – Adapting and Transforming into a New Urban Environment,” brought together local leaders, business people and experts from across the country to discuss what’s in store for an area facing simultaneous and interacting challenges with homelessness, the threat to brick-and-mortar commerce from the internet, the COVID-19 pandemic and the resultant economic downturn.

During a fireside chat, John Kilroy, president and CEO of Kilroy Realty, grabbed the attention of many of the events’ organizers and attendees with his criticism of local leaders and their handling of homelessness and public safety issues.

Kilroy claimed the thousands of people experiencing homelessness in the streets of Los Angeles hurt the quality of life of residents and will reduce the ability for local businesses to thrive.

“I’m 71 years old. I was born here. I’ve lived here all my life … I can tell you today, I would not invest another dollar in Los Angeles County anywhere without a change in policy, and I’m beginning to feel that way about San Francisco and generally about California,” Kilroy said.

Kilroy singled out Mayor Eric Garcetti and Los Angeles City Councilman Mitch O’Farrell, 13th District, who briefly spoke to open the event that morning. Kilroy addressed Garcetti and O’Farrell directly, saying Angelenos “need you to be active” in cleaning up the streets so the business community and residents can thrive.

“We need you to be active. Leadership is everything, and I have got to tell you, I’m not seeing it. I’m seeing poor leadership,” Kilroy said.

Kilroy added that he will “spend my last dollar fighting for California” and mount campaigns against government officials who are unable to make progress on “homelessness and lawlessness,” which Kilroy said “will be much more destructive [than COVID-19] because it will be with us forever if we don’t act quickly.”

Kilroy’s arguments had some in the event’s chat box requesting that he mount a run for mayor. 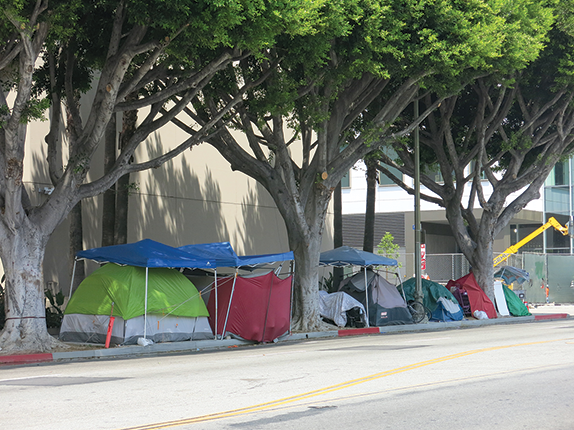 A separate panel discussed the state of the retail industry in Hollywood, with a particular focus put on the effects of the pandemic. Between the lack of in-person customers due to COVID-19 and the continued growth of online shopping, a dire situation is playing out, the panelists said. Michael Berne, president of MJB Consulting, said this holiday season “could be make or break” for many businesses, especially small businesses.

“How long do you keep trying to hang on? … I’m surprised that the [economic] carnage hasn’t been greater,” he said.

In New York City’s Times Square, which moderator and Hollywood Partnership President and CEO Kristopher Larson compared to the Hollywood Walk of Fame, visitors are still down 70% of where they would normally be, said Ellen Goldstein, vice president of policy, planning and research for the Times Square Alliance. However, she pointed out that there could be some opportunities for businesses amid the devastation. For instance, New York City residents often disdain the tourist-heavy Times Square, she said, but they frequent the nearby Broadway theaters, so the Times Square community could reexamine how to reach local customers.

“Maybe this is an opportunity to think about and work with our landlords about … how can we change that experience? … This period of reinvention and recovery will be an opportunity for us,” she said.

Walk of Fame retailers have already begun trying new ideas. Brian Mariotti, the CEO of Funko, noted that their store near the Hollywood Pantages Theatre continues to see a great deal of in-person shopping, which sometimes is enough to create lines out the door. Mariotti credited marketing tools that appeal to users of social media, such as photo opportunities that allow customers to create content for their Instagram followers, for Funko’s success in Hollywood.

“We spend an inordinate amount of money creating an experience within the store … We create exclusive content that you can only get at the Hollywood store,” he said.

Despite the economic hardships and a changing marketplace, the desire for in-person shopping won’t ever fully go away, added Davon Barbour, vice president of economic development for the Hollywood Partnership.

“There will always be retail, whether it’s driven by need or more by want,” he said.

Most all of the plans for the future, however, will depend on the ongoing pandemic, according to Chris Thornberg, founding partner of consulting and research firm Beacon Economics, who presented the closing keynote address.

“Full recovery cannot happen until we get the disease fully contained, and that has not happened yet. We’re in the middle of a third surge,” Thornberg said.

The comparisons to recessions and depressions are inaccurate, Thornberg said, and the current economic downturn is more similar to what happens after a natural disaster. As an example, he pointed out that the sales of goods are still “going crazy,” even though people can’t spend their money on services due to safety measures put in place to protect public health.

Thornberg also made the case that the first economic stimulus package that came from the federal government was “more than enough, and we have to give it time to work,” eschewing calls from some economics and political leaders that another stimulus is necessary.

Thornberg also said he does not expect long-term behavior to change very drastically once the pandemic is over, though he noted that “miserablism,” which he defined as “the inability to have honest conversations about what is right and what is wrong in our economy,” would prohibit governments, companies and individuals from acting in their own interest and in the greater interest, much as the politicization of the mask debate has hurt the ability of the nation to “pull together” and “work together” to limit the spread of the virus. Until that changes, “panic-driven policies” will prevent the economy from reaching its potential, he said.

“It’s time to go back to a world that’s driven by data and logic,” Thornberg said.

I think that it’s great that there are food options for people who need it and the people who do this should be appreciated very much! They obviously have a great soul! And they deserve the best possible exposure to let them know that they’re appreciated!!!!