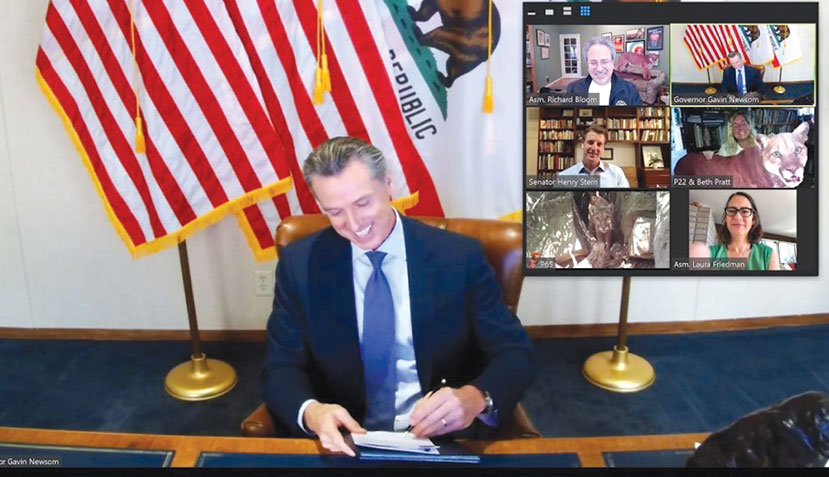 Gov. Gavin Newsom recently signed Assembly Bill 1788, by Assemblyman Richard Bloom (D-Santa Monica), which prohibits the use of second-generation anticoagulant rodenticides that have poisoned mountain lions and other wildlife.

Recent studies have found that a large number of necropsied mountain lions and predatory birds were exposed to anticoagulant rodenticides, which can cause chronic growth and reproduction issues. Predatory animals are sickened and often die when they eat rodents or small animals that have ingested the rodenticides.

“Rodenticides are deadly for California’s mountain lions and other precious wildlife across the state,” Newsom said. “My father was a naturalist and a strong advocate for the preservation of mountain lions, and I grew up loving these cats and caring about their well-being. He would be proud to know that California is taking action to protect mountain lion populations and other wildlife from the toxic effects of rodenticides.”

AB 1788 prohibits the use of second-generation anticoagulant rodenticides statewide until the California Department of Pesticide Regulation certifies that specified measures have been taken to evaluate and control their usage. The bill provides exemptions for specified activities, such as agriculture and use in locations necessary for public health and safety.

“After many years of studying the impacts of these chemicals, we know that these poisons pose a serious threat to our wildlife,” Bloom said. “Wildlife, especially our state’s mountain lions can’t wait any longer. AB 1788 is a common sense measure that curbs the use of dangerous poisons until the reevaluation can be completed. I am grateful that hard pressed mountain lions and other animals will soon be a little safer.”