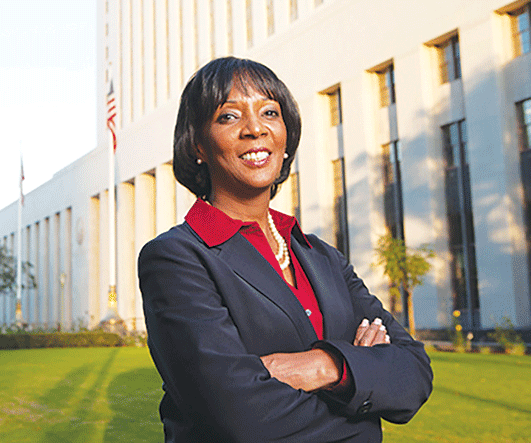 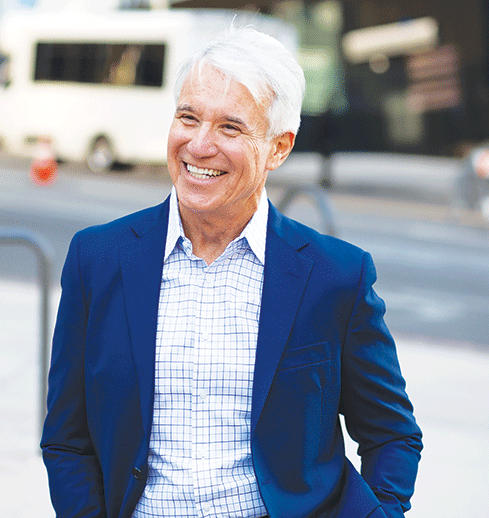 “I think it is safe to say that both of these candidates have had a long and distinguished career in public service and particularly in the administration of justice,” BHBA President Adam Siegler said by way of introduction.

Lacey, who has served as the county’s district attorney since 2012, received 48% of the vote in March, just shy of the 50% she needed to avoid a runoff with Gascón, who earned 28% of the vote. While the political climate has shifted considerably in the months since the primary, safety remains among the top priorities for both candidates. L.A. County currently has the nation’s largest jail system.

A former San Francisco D.A., Gascón is regarded as comparatively more progressive than Lacey, who has spent most of her professional life as a prosecutor.

Moderated by UCLA School of Law professor Beth Colgan, the debate touched on many topics including excessive use of force by law enforcement officers, charging juveniles as adults and determining whether to charge people for protesting. At the forefront were issues linked to increasing law-enforcement accountability and criminal justice reform.

Starting with Assembly Bill 392, the use-of-force bill which Gov. Gavin Newsom signed into law last year, Colgan asked the two candidates how the legislation will impact how they charge officers.

“I really hope that it will result in … officers taking a breath so there is less loss of life, that you won’t see the shooting like you did in Kenosha, Wisconsin, and that you will see people exercise deescalation techniques,” Lacey said, saying that she believed the bill would help in charging officers. “Especially if we have evidence that someone was fleeing, I think I’ll be looking more closely to see, are they just trying to get away, or was there a danger. And things like, did they have a gun, was the gun in their hand or were they just carrying it – all of those things will go into the equation in terms of us reviewing those cases and determining whether or not an officer violated the law.”

Gascón said the new law would need to be tested but likewise would be helpful.

“I can foresee prosecutors around the state beginning to have a very different analysis when they’re looking at those cases,” he said.

In light of the protests that have rippled across Los Angeles over the previous months – some which resulted in significant property damage – the D.A.’s office can choose how to move forward in prosecuting people who were arrested. Colgan noted, “as prosecutors, you have near total authority to decide which people to charge with crimes.” Underscoring the need for the D.A. to uphold the Constitution, Colgan asked the candidates under what circumstances it would be appropriate to charge people with offenses, directly or tangentially related to protests.

Lacey highlighted that with respect to unlawful assembly and failure to disperse, her office had determined it would not be prosecuting people.

“But in terms of property crime, with each case it’s unique, you really have to look at it,” she said. “If they were running in and stealing … commercial things in order to resell, or damaging property, I think the D.A.’s office has to respond.”

For Gascón, the Constitution is primary to allowing people the opportunity to voice their grievances, which he called a “sacred right.”

“As prosecutors, we have a sacred obligation to make sure that is protected, and I would be very clear in ensuring that we are enforcing the laws and are careful not to trample people’s First Amendment rights,” he said.

Colgan drilled down on Prop. 47 with respect to how it addressed low-level felonies, noting that “empirical evidence suggests that mass incarceration is largely driven by increased prosecutorial charging in many serious felony cases.”

“The reality is that the utility of extreme, lengthy sentences does not provide any more safety for our community,” Gascón said. “I believe that we actually need to roll back to where we were about 30 or 40 years ago.”

Lacey did not support total reform to reduce sentencing.

With respect to prosecuting minors, the two contenders diverged notably.

“I don’t believe that children should ever be prosecuted as adults,” Gascón said.

For Lacey, it was not quite as straight-forward.

Still, she said, her office continues to look at alternatives for juveniles other than incarceration.

According to the BHBA, over 850 people registered to watch the debate.

“The [debate] covered a wide range of legal issues that are of great interest to our members and the community, and both D.A. Lacey and D.A. Gascón ably communicated their positions and policies in a thoughtful and civil exchange,” Siegler said following the debate. “We were especially pleased to see a high level of attendance and so many informed questions from our members, and we consider this debate a great success in promoting an engaged and informed electorate throughout Los Angeles County.”