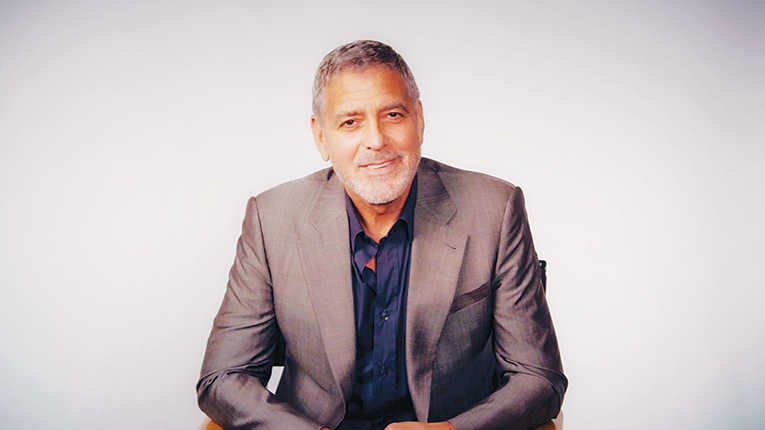 George Clooney was among the lineup of talent at HFPA’s celebration. (photo by Getty Images/Getty Images for Hollywood Foreign Press Association)

The Hollywood Foreign Press Association presented more than $5 million at its annual grants presentation, “HFPA Philanthropy: Empowering the Next Generation.”

The virtual celebration was hosted by James Corden with special talent appearances throughout the show including Anna Kendrick, Nicole Kidman and George Clooney.

While the HFPA gave away grants and scholarships to more than 70 organizations total, the Oct. 13 celebration specifically highlighted a handful of organizations that focus on nurturing the next generation of artists, filmmakers and storytellers. Los Angeles County High School for the Arts, UCLA Film Young Directors and Inner-City Arts were among several organizations all given a spotlight throughout the evening.

“I think of these young people as the future creative leaders in our industry,” Corden said.

The HFPA began giving grants as early as 1989 to higher education institutions such as UCLA, USC and the American Cinematheque, which continue to receive support today. “Normal People” stars Daisy Edgar-Jones and Paul Mescal continued the tradition by presenting educational grants to schools that understand and promote the importance of student access to art and theater. Billie Eilish and Finneas O’Connell presented grants to two organizations working hard to promote the success of future generations, A Place Called Home and Outfest Forward.

In recognition of the recent awakening the country has experienced around systemic racism, especially within the past year, HFPA Board Chair Meher Tatna introduced the organization’s first-ever Social Justice Grant. The inaugural grant of $300,000 was awarded to the Urban Peace Institute, a leading organization in the field of community safety, just policing, and systems reform to end violence and mass incarceration.

“As we celebrate our grantees, and especially the young people who are the future of our industry, we keep in our thoughts those who have been lost and those who have suffered loss in this difficult year,” Tatna said. Tracee Ellis Ross presented the grant to prominent civil rights leader and UPI founder Connie Rice who spoke about the critical work the organization does throughout Los Angeles.

“We created what we call community safety partnership policing; a policing style that takes gladiator cops and turns them into guardians,” Rice said. “Instead of shock and awe, search and destroy, mass incarceration and enforcement – which is what George Floyd’s neighborhood gets most of the time from cops – we create police who are invested in the community, bond with the community.”

Over the last 25 years, the HFPA has distributed over $44.5 million in grants to over 70 organizations.