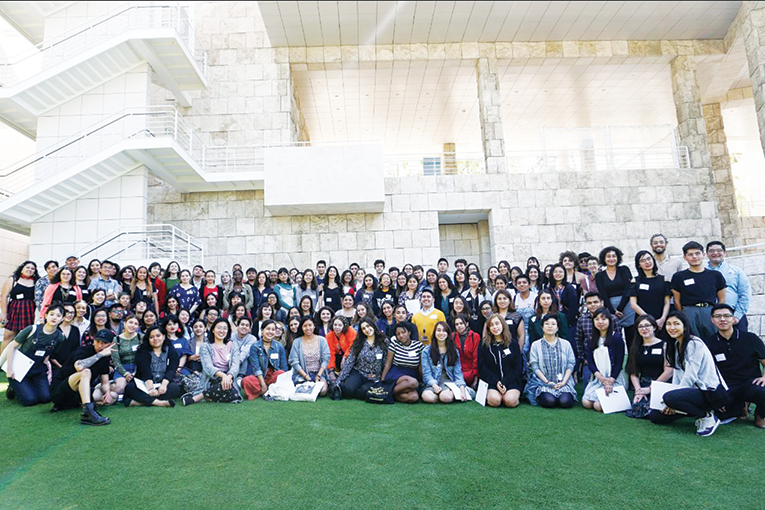 The Getty Foundation has released the first major report on the impact of its long-running Getty Marrow Undergraduate Internship Program, showing that it successfully influences individuals from underrepresented backgrounds to pursue careers in art museums and visual arts organizations and inspires a lasting interest in the arts.

Getty Marrow is the largest and longest-standing diversity internship program in the visual arts in the United States, and since 1993 has supported paid positions for more than 3,200 interns at 175 organizations across Los Angeles County. By introducing college students to careers in the arts, the program aims to diversify the staff of art museums and visual arts organizations to better reflect the communities they serve.

Created in the wake of the beating of Rodney King and the resulting civil unrest in 1992 that brought widespread visibility to deep-seated inequities in Los Angeles, the Getty Marrow program (originally known as the Multicultural Undergraduate Internship program) was developed by then-Getty Foundation Director Deborah Marrow, after whom it is now named. At the time, there were no internship programs in the visual arts at such a scale that offered similar opportunities to students from underrepresented groups.

For the report, Getty partnered with the consulting firm Engage R+D to analyze results from over 2,500 intern alumni surveys gathered over the past decade, nearly 30 years of demographic information about participants in the program, and recent alumni interviews.

Among the key findings are that 32% of all Getty Marrow interns have gone on to work in the arts, 92% of those who now work in the arts attribute their career decision to the internship program, and 80% of alumni visit museums regularly as a result of their internships. In addition, the report found that 45% of interns have joined arts organizations as members as a result of participating in the program.

Because the report was already underway when the COVID-19 pandemic began, a short survey was added in summer 2020 to assess the early impact of this crisis on alumni of the program. Among alumni working in the arts, 15% have been furloughed or lost their jobs due to COVID-19, which is commensurate with furloughs or job losses experienced by those working in other sectors of the economy.

“This report reveals the ways that internships can spark an enduring interest in and commitment to the arts among communities that have been underrepresented in cultural institutions for far too long,” Getty Foundation Director Joan Weinstein said.

“We know that internships are just one pathway to change in cultural institutions, but the findings in this report demonstrate that they are a powerful one,” she added