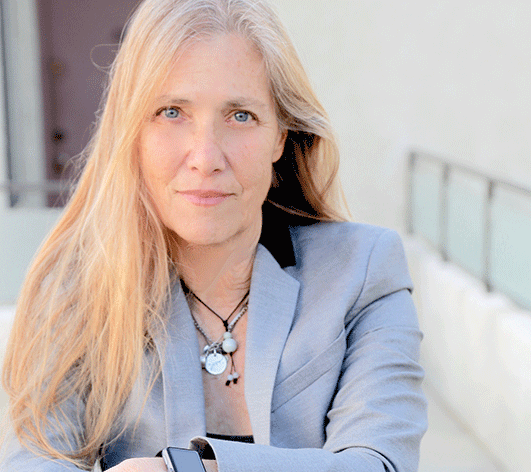 Last month, Madonna Cacciatore left her position as executive director of Christopher Street West, the organization that produces the LA Pride Parade and Festival. Her last day was Sept. 30.

In an open letter to the LA Pride community, Cacciatore attributed her leaving to the coronavirus pandemic.

“It is important for me to convey this to you with honesty and integrity,” she wrote. “It’s simple: COVID-19 has made it tough for Pride organizations across the globe to sustain themselves. CSW is financially sound and must remain that way in order to provide brave, safe spaces for the next 50 years. As a fierce advocate of the LGBTQ+ community, I look forward to the day when we can march and celebrate safely together again.”

“It has been my honor to serve you. You challenged me and touched me to my core. You are the reason the role was important to me,” Cacciatore added. “Vote. March. Volunteer. Unite. Take care of one another. That’s our duty. My deepest love and thanks for trusting me with LA Pride. Hope to see you all very soon in person.”

CSW Board President Sharon-Franklin Brown said in an email that Cacciatore “has been an integral part of the team over the past two-plus years.”

“In order to make proper adjustments directly related to COVID-19, we had to look at the needs of the organization overall and prepare for how LA Pride can remain strong for future celebrations in whatever form they take. I wish her the absolute best,” Brown said.

No new executive director has been named, and Brown said that the day-to-day responsibilities formerly handled by Cacciatore will be the responsibility of a “six-person executive committee within the board, including myself as board president and our VP Noah Gonzalez,” who will “work with our existing support staff members.”

In July, CSW announced that LA Pride would be leaving West Hollywood, starting with next year’s celebration. The nonprofit cited several reasons, including the construction in West Hollywood Park, in an open letter to the West Hollywood City Council.

When asked if Cacciatore’s departure would affect the decision for Pride to leave West Hollywood, Brown said that “LA Pride left West Hollywood under the previous president” and that “we will be making an announcement for 2021 dates and details very shortly.”

Estevan Montemayor, the former board president for CSW, denied that LA Pride left West Hollywood because of him alone.

Montemayor noted that while he was and remains supportive of the decision, “the board voted to make the decision to leave. It wasn’t my sole decision.”

This article was updated at 2:43 p.m. on Oct. 16 to add a comment from Estevan Montemayor.