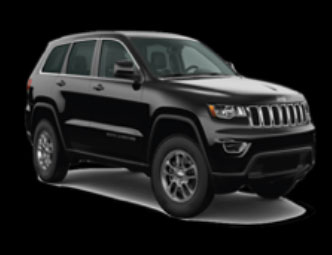 Investigators released a crime bulletin with an image of a vehicle similar to the one being sought for the hit-and-run collision. (photo courtesy of the LAPD)

Investigators are searching for the driver of a black Jeep Cherokee who allegedly ran over a woman on Wilton Place just south of Fifth Street at approximately 1:20 a.m. on Oct. 2 and fled the scene.

The 33-year-old woman was laying in the street when she allegedly was run over, and paramedics pronounced her dead at the scene. Another driver stopped the Jeep a short distance away from the scene and briefly spoke to the driver, said Officer Joel Twycross, with the Los Angeles Police Department’s West Traffic Division. The Jeep driver then sped away before officers arrived, he added.

Twycross said multiple security cameras captured video of the crime. The woman was driving south on Wilton Place when she suddenly stopped, got out of her vehicle and laid down in the roadway. Investigators believe it was a suicide, but are working with the woman’s family to determine the sequence of events that led up to the incident and whether she had a history of psychological problems, Twycross added. The woman was identified as Christina Gaspard.

The incident is considered a hit-and-run collision because the Jeep driver fled the scene. The witness who spoke to the driver said he was Asian and in his 30s.