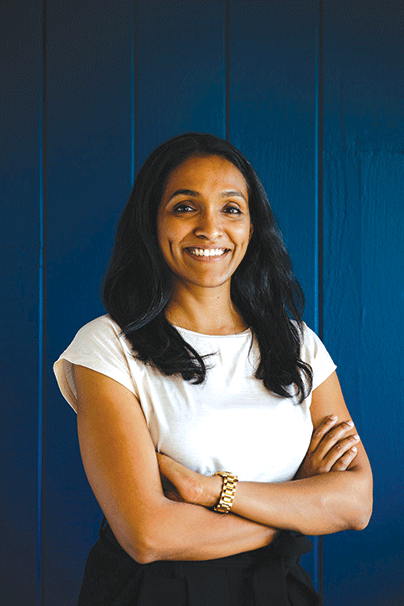 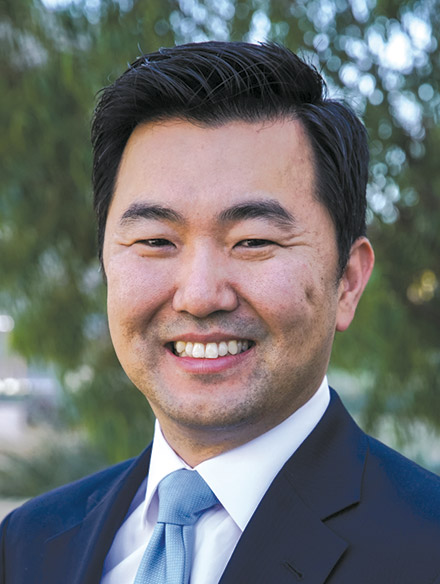 Incumbent candidate David Ryu and challenger Nithya Raman appeared in a final election forum on Oct. 21 ahead of the Nov. 3 election, when voters will select the next representative for Los Angeles City Council’s 4th District.

The virtual forum was hosted by the Sherman Oaks Homeowners Association, located in the northern portion of the far-reaching district that also includes the Miracle Mile, Hancock Park and large portions of Hollywood. Linda Grasso, editor in chief of Ventura Boulevard Magazine, moderated the discussion.

“I got into this race for, I think, a really important reason. I wanted to talk about policy, I wanted to talk about ideas for what I saw as some of the biggest challenges facing us as a city, from homelessness to climate change to addressing neighborhood issues to addressing our city’s widespread corruption, there are so many shared crises that we are facing as a city right now,” Raman said. “I really wanted to run a campaign that put issues forward, that put policy solutions forward and that really focused on solving what I thought was one of the biggest issues with our local L.A. city politics, which is that too few people knew who their City Council member was, knew about the powers of the council to improve their lives and the lives of those around them.”

Ryu, the first Korean American to serve on the council, has represented the 4th District since 2015. He touted his experience and went on the offensive early.

“Over the past five years, I have built a track record of working with the community focusing on critical issues like homelessness and infrastructure, and stopping irresponsible overdevelopment. District Four deserves a leadership that is clear, consistent and focused on your needs,” Ryu said. “The choice before you is clear. I led the fight against SB 50 and other developer giveaways, while my opponent flip flops on this issue. I believe in ending homelessness, and I am the only candidate in this race who has a FEMA-like emergency response to end homelessness, with two decades of experience in creating homeless services and housing. My opponent has never built homeless housing, and her 3-year-old organization’s mission is not to end homelessness.”

“I believe we need thoughtful and meaningful reform to public safety in Los Angeles, like my Office of Violence Prevention. Unfortunately, my opponent signed a pledge to cut the police by 98%,” Ryu added. “More importantly, because I’m sure she’s going to walk back this pledge tonight, her top endorsers, the Democratic Socialists of America, go even further. Their goal is to totally abolish the police. These issues are too important to ignore. These are the issues that affect real people’s lives and voters deserve to know the truth about our record, the promises we’ve made and the people behind our campaigns.”

Raman criticized attacks on her campaign as unfair and said her goal is to take a proactive approach to city governance and to get people more involved in communities.

“I’ve been really disappointed with the number of lies and the negativity that’s been directed toward my campaign in the last few weeks. It’s been really disheartening as someone who is new to politics, who has never thought of herself as a politician, who stepped into this space because I really felt like I needed to show leadership to address L.A.’s biggest challenges,” Raman said. “I think it’s important to say that part of the role of a council member is to be truthful, to address issues, to talk about policies and to have public discussion. We really need to have people who are proactively reaching out to residents and making sure their needs are met using the full powers of the council available to us.”

Ryu responded to a question about the role of a City Council member by outlining his accomplishments.

“As a city council member, we are on the front lines. I am your first line of defense no matter what happens. This is when you call your local council member. Whether it’s an issue that the city could handle or not … I will connect you to the state, the county, the federal government, whoever it is to get your services and your questions answered,” Ryu said. “It’s about all the basic services of tree trimming, potholes, median repairs, sidewalk repairs, and you know I am as passionate about these issues of development and local issues as I am working on issues of homelessness and anti-corruption. I ran for Council District Four to serve you, service your neighborhood, as well as the city of Los Angeles.”

The candidates were also asked to explain the difference between themselves. Raman said she offers a fresh perspective.

“I think that I bring a clarity of perspective on what needs to be done to really address homelessness, not just to allow this situation to get worse, but to really end homelessness, to get people into housing, to make sure that we’re providing the kinds of services that can really get people permanently off of the streets and into the care and housing that they so desperately need,” Raman said. “I think I bring a real level of integrity that I don’t see in our City Council nowadays. We need council members who are willing to speak up and to fight for what’s right.”

Ryu doubled down on his assertion that experience matters. He said his work on homelessness, anti-corruption and reform make him the best candidate.

“It’s very easy to talk, but action speaks louder than words,” Ryu said. “You need someone who could actually turn that rhetoric into action. I have a track record of close to 20 years of working on homelessness, working on building homeless housing, mental health services, everything related and around homelessness.”

Grasso asked Raman to expound on a topic that Ryu mentioned earlier in the debate, asking her to explain signing of a pledge to support the “People’s Budget,” which seeks to dramatically reduce the amount of spending the city currently allocates for law enforcement. Raman said she has not decided on a specific amount or what cuts need to be made to the police department, but said it is something that needs to be considered, particularly based on calls for reform that have echoed throughout the United States during the past months.

“The People’s Budget actually was a survey of priorities, it did not propose a specific budgetary allocation or a cut, and Black Lives Matter actually clarified this and asked Councilmember Ryu to stop misrepresenting their work as a 98% budget cut, and I request that he stop it as well,” Raman said. “To me, what is required in our police budget right now is to look at what percentage of our police budget is being spent on addressing things like violent crime and how much of our police time is being spent addressing issues for which armed police response is simply either not relevant or perhaps even inappropriate and can exacerbate the situation. I want to look at that to make sure that we’re funding unarmed responders to those issues in the way that we can.”

Ryu reiterated that some of the groups that have endorsed Raman had advocated for defunding the police department and called into question whether she would follow their lead. She said her positions have been explained.

“I have made my positions clearer than any City Council candidate in L.A. city history. I have the most detailed policies on my website and groups that endorse me, I don’t always agree with everything that is on their platforms. That’s not how the endorsement process works,” Raman said. “How the endorsement process works is that they choose a candidate whose policies and values they stand behind. Many candidates have been endorsed by so many of the groups that I’m working with, but what I stand for is clearly laid out on my website. I’ve never flip flopped on anything and in fact, I have done the most work of any candidate across the city to make it exactly clear what my vision of change is for Los Angeles.”

Ryu was also asked what frustrates him most about getting things accomplished in local government. He said building consensus is key.

“The biggest source of frustration is also the biggest strength of our society as well, and that’s the fact that no one person can make a decision on their own. An idea is only as good as the paper that it’s written on unless you get it passed, and in the city of L.A., you need eight votes, you need seven other council members to go along with you,” Ryu said.

Raman added that she is an organizer who will be able to get things done in City Hall in a cohesive manner.

“I don’t have a lot of existing relationships with the current political system, but I do see a lot of council members there who are in alignment with the kind of policies and the kind of approach that I have brought to the table,” Raman said.

Ryu closed the forum by stating that he remains responsive and knows how to get things accomplished for constituents.

“Our city and our nation faces crises is like we’ve never seen before. No matter who gets elected, from the president to the City Council on down, the next few years are going to be difficult and critical,” Ryu said. “We must take care of those who are most vulnerable among us and take steps to revive the economy. Our leaders need to be ready to take action on day one. There is already too much division and hate. We need leaders who could bring our community together. We don’t have time to start from scratch, for someone with no experience to learn on the job.”

Raman added that she is up to the challenge of representing and leading the 4th District.

“I started running for this seat because I looked around this city and I saw a city that was quickly descending into crisis,” Raman said. “It’s going to require all of us coming together, putting that work together to help keep our communities fed and housed. What I have demonstrated throughout this whole campaign is that we have the ability as a city to come together and unite for a vision of the future that is really transformed from the very bleak present that we’re in right now.”