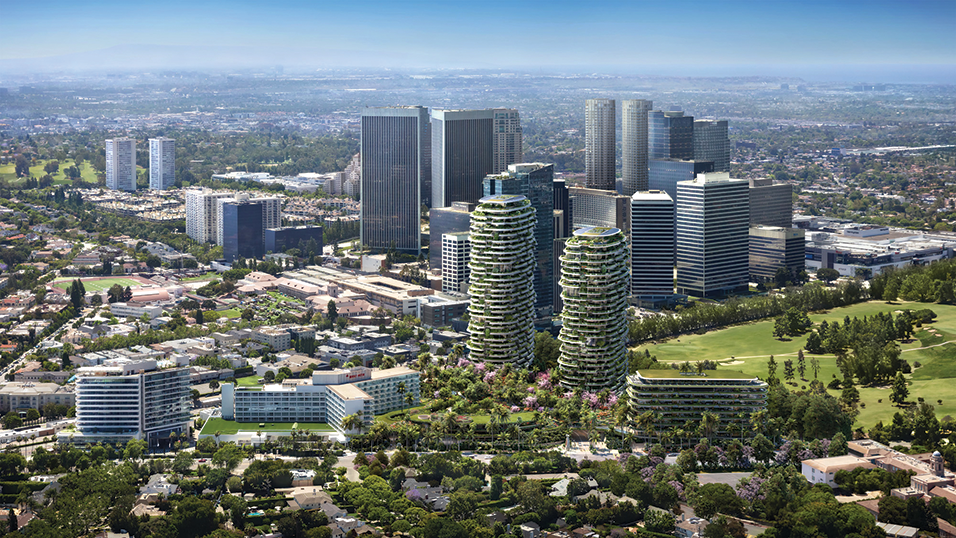 Despite the pandemic, Beverly Hills is moving forward with development projects, progress is being made on the subway and the city is looking to protect its tax base, Mayor Lester Friedman said in the State of the City on Oct. 21.

As past mayors have done, Friedman spoke from Greystone Mansion, but instead of a traditional speech, Friedman answered questions from retired NBC4 weatherman Fritz Coleman as part of Beverly Hills Back to Business program. The event was hosted virtually by the Beverly Hills Chamber of Commerce and featured speakers on many topics, including commercial real estate, air travel, diversity and inclusion, and professional sports.

Friedman spent much of his time discussing the pandemic and its effects on the city after saying “in March of this year, all of a sudden, everything went upside-down.”

With many City Hall employees working virtually and others, such as Public Works employees, maintaining infrastructure and performing other tasks that require in-person work, “we have really accomplished a lot over the past five or six months,” Friedman said, including adapting to the health regulations put in place due to COVID-19. Though the state has “ultimate control over what we do” and Beverly Hills cannot be “less restrictive than the state or the county,” Friedman highlighted some of the city’s successes, such as the OpenBH program.

“OpenBH … allows our restaurants and our retailers to expand their businesses to the public areas, whether that be a parking lot or on the public right-of-way sidewalks, or even now, into parklets, the parking area right in front of the retailers,” Friedman said.

The permit process for businesses takes 15 to 30 days, Friedman said, and over 100 permits have been granted so far.

“We are going to continue that as long as it’s necessary and the restrictions are enforced so that our businesses have a chance to be successful during this period,” Friedman said.

The pandemic has also presented some opportunities, Friedman pointed out, such as the advanced construction on the Metro Purple Line Extension subway stations. Both the La Cienega and Rodeo stations are under construction, he said, noting the La Cienega station is “much further along.”

Because of the reduced car traffic when the shutdowns began earlier this year, the city was able to fully close portions of Wilshire Boulevard, and construction on the Rodeo station was advanced by seven months during that period, Friedman said.

Now, the city is thinking ahead to what the areas around the stations will look like post-construction with its program “Connect Beverly Hills: Meet Me on Wilshire & La Cienega.”

“We’re starting now to look at the streetscape area to see how we’re going to improve that area to make it a welcoming area for everybody who wants to visit us, and of course for our residents,” Friedman said.

When Coleman asked for a prediction on how long it will be until things return closer to pre-pandemic normalcy, Friedman was optimistic, noting that he likes “to think we’re getting closer and closer to” normalcy.

“As far as the actual timing, that’s going to depend on what the state tells us and what the county tells us,” Friedman said.

Friedman also highlighted some of the priorities for the City Council in the upcoming months, such as Measure RP, which is being put to the voters on the Nov. 3 ballot. Measure RP stands for “revenue protection,” Friedman said, and the 0.75% sales tax increase would only be implemented if another government or agency sought to pass its own sales tax.

“We want to occupy the space between what the maximum sales tax rate is in the state of California, and that maximum rate is 10.25%, and what we currently charge, which is 9.5%,” Friedman said.

If another agency imposed its own tax first, that tax revenue could leave the city of Beverly Hills and be used elsewhere, Friedman said.

“What we’re doing is we’re saying to our voters, ‘Please, let’s reserve that space. Let us, in the event a tax is put on the ballot by another entity, we want to be first in line so we occupy that space.’ If and only if a tax is actively passed will we take up that 0.75%, and that will stay directly in the community for use for Beverly Hills facilities, for police, for fire, for public works, anything that we as a community feel that we need,” he added.

Beyond the sales tax measure, Friedman said the city will be focusing this year on a pair of development projects: the Cheval Blanc Beverly Hills, a proposal from the luxury brand LVMH to build a hotel on Rodeo Drive, and One Beverly Hills, a multi-building complex of residences, dining and retail space, a luxury hotel and botanical gardens that Beverly Hills-based Alagem Capital Group, in partnership with Cain International, plans to build near the Beverly Hilton and Waldorf Astoria Beverly Hills.

“We’re really lucky that we’re having development that is going on, that is going to be out there, and we are moving forward with all of those projects,” Friedman said.