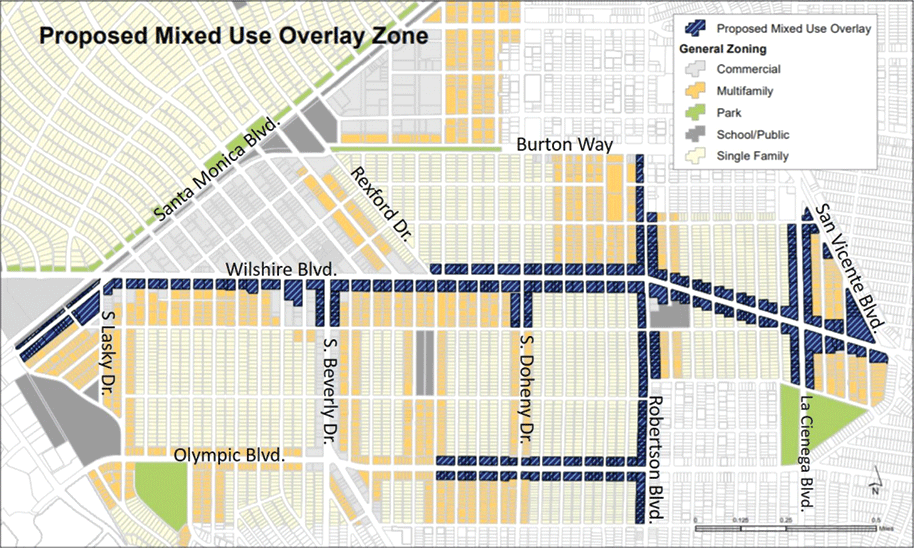 The residents of Beverly Hills made their voices heard on a potential mixed-use ordinance, with many in opposition, but they’ll have to wait two weeks to see if their efforts paid off.

On Oct. 13, the Beverly Hills City Council listened to the staff report, comments from members of the Planning Commission and nearly two hours of public comment. However, due to time constraints – public comment did not end until after 11 p.m. – Mayor Lester Friedman made an announcement before the item was considered that the council’s deliberations and a potential decision on the mixed-use ordinance would have to wait until the Oct. 27 meeting.

If the current plan is approved, the ordinance would create an overlay zone for mixed-use projects in some of the city’s commercial areas that would allow property owners to utilize mixed use or continue to use the existing commercial zoning. Both new projects and projects that would convert existing buildings to mixed use will require Planning Commission approval, but not full City Council approval. Currently, the City Council considers mixed-use projects on a case-by-case basis.

The Business Triangle was excluded by the Planning Commission so that the area would be more amenable for restaurants and potential future nightclubs.

The ground floor of mixed-use projects will have to mostly be used for commercial space, though medical and entertainment uses are not allowed.

“This would ensure that a developer couldn’t build a building with all 3,000-square-foot, large units. They’d have to mix in some smaller units to get under that max average unit size,” said Principal Planner Timothea Tway, who presented the staff report.

During the public comment portion, a majority of approximately 75 spoken and written comments railed against the proposal, with many claiming that mixed use would negatively impact traffic and parking issues that already exist, “destroy the fabric of our city” or “open the floodgates to developers.” Many also pushed for the matter to be put to the voters directly or claimed that the ongoing pandemic prevented this matter from receiving the attention it deserves.

“The proposed ordinance would have a profoundly negative impact … on our city. There may be a lot of good ideas in our city, but [this would destroy] our residential quality of life,” said Thomas White, chair of the Municipal League of Beverly Hills, which opposes the proposal.

The public speakers also railed against the state’s rules regarding density bonuses, where developers could build taller buildings, projects with less parking or more units in exchange for creating more affordable units, and the Regional Housing Needs Assessment, which mandates that Beverly Hills must plan for the creation of 3,096 more housing units in the next eight years.

“The loss of our city’s autonomy will leave us helpless to preserve our city and quality of life,” said Phil Savenick, founder of the Beverly Hills Historical Society. “I urge you to keep the policy of approving developments on a case-by-case basis.”

However, the opinions of past and current Planning Commissioners – the five who approved the plan to create a mixed-use overlay zone in June and two commissioners who have since been named to the commission – diverged sharply with the majority of the public comment on the issue.

“Many of these comments have urged that we do nothing, change nothing, keep things as it is, and many others have encouraged us to be much more aggressive than we have been … We believe that we have considered and taken into account all of these [views] … What we did was to strike a balance when we recommended the version that is in front of you, and we erred, in my view, on the less aggressive side,” Planning Commission Chair Peter Ostroff said.

“The adoption of the mixed-use ordinance at this time may have the ability to save neighborhoods that may have to be rezoned, because there’s no way we’re going to come up with over 3,000 units in the next eight years without mixed use or without rezoning some adjacent neighborhoods in our community,” Block said.

The council’s discussion and a vote are expected at the Oct. 27 meeting.