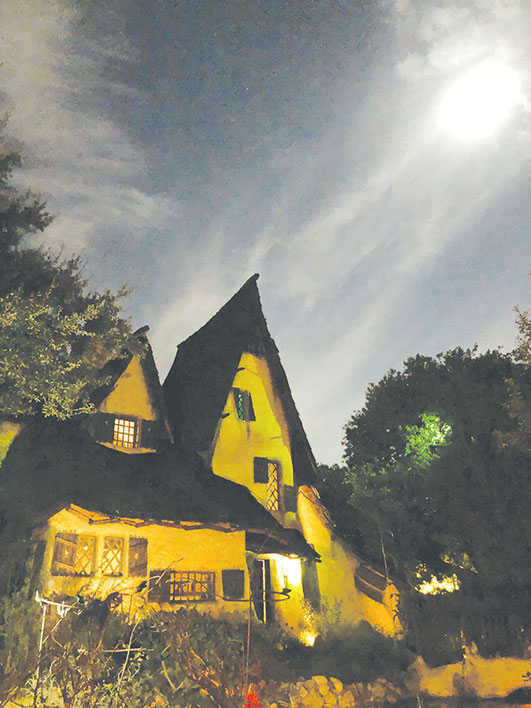 With Saturday, Oct. 31, just around the corner, the city of Beverly Hills announced that it would be banning Halloween trick-or-treating this year in an effort to curb the spread of COVID-19.

“In this time when we’re trying to minimize contacts it makes little or no sense to have more contacts,” said Councilman Julian Gold. The full City Council voted to support the ban on Tuesday.

“I think we kind of feel like Grinches in a way, but for the sake of public health, we need to do this,” Councilman John Mirisch added.

In addition to prohibiting people from going door-to-door in Beverly Hills, the City Council unanimously voted to enact an urgency ordinance that also prohibits trunk-or-treating, where children go from car to car to receive treats. Violators will be subject to administrative fines of $100 for the first violation, $200 for a second violation and $500 for each additional violation.

To educate the public and discourage people from showing up, the city’s communications team vowed to undertake a robust outreach effort.

“From my perspective, this really does help stop the spread,” Councilwoman Lili Bosse said. “We clearly are trying to avoid any backsliding on COVID.”

The council’s vote followed the Sept. 29 recommendation made by the Beverly Hills Health and Safety Commission to ban trick-or-treating and trunk-or-treating. Five of six members of the Beverly Hills Medical Advisory Task Force recommended that the city prohibit the social activities in an effort to reduce the possibility of transmitting the coronavirus.

On Sept. 10, the Los Angeles County Department of Public Health backpedaled its initial decision on Sept. 8 to ban trick-or-treating, instead advising against it. This past Tuesday, the state also published guidelines similar to the county’s recommendation, stopping short of banning the Halloween tradition.

Under the current county order, gatherings and events are still not permitted. Transitively, Halloween gatherings with non-household members are still forbidden, even if they are conducted outdoors.

In addition, the city will be implementing parking restrictions on Oct. 31 in the northeast portion of the city adjacent to West Hollywood. Even though the West Hollywood Halloween Carnaval has been canceled, council members noted that people might still show up to the area for impromptu events.

“The area around the 500 block of Walden Drive attracts numerous people each Halloween from outside the local area, many of whom will congregate in large groups not of their household. Therefore, staff is proposing the … street closures,” stated the Oct. 13 Beverly Hills staff report.

According to the report, Culver City, Los Angeles, Santa Monica and West Hollywood intend to follow county guidelines and currently have no plans to implement stricter guidance.

“At this time, staff is not aware of any cities moving to impose more stringent rules than the established Centers for Disease Control (CDC) and LACPH guidelines as related to Halloween,” the report further stated.

Beverly Hills is currently in the process of developing virtual Halloween programming that allows for safe and distanced activities. Other planned activities include Halloween goodie bags for seniors, themed arts and crafts for preschool students and movie screenings at Roxbury Park Community Center and La Cienega Park Community Center for Adventure Camp students. A pop-up drive in movie theater night at Greystone Mansion is also being considered.

Victim dies in collision at Sunset and Highland