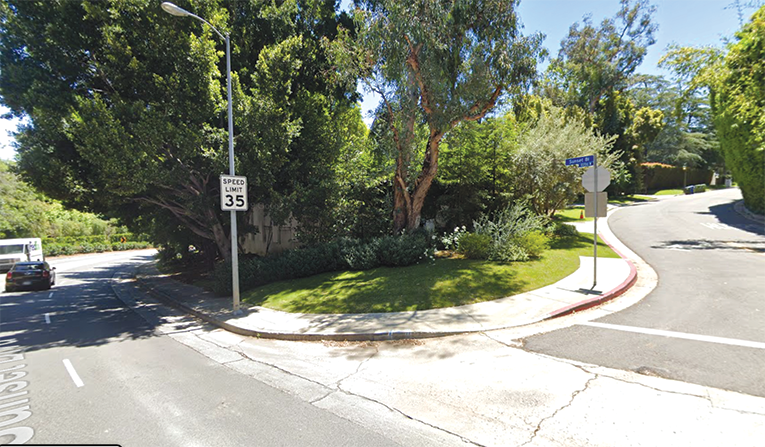 A 26-year-old passenger was killed in one of the vehicles that collided on Sunset Boulevard near Mapleton Drive. (photo courtesy of Google Maps)

A 29-year-old female driver will likely face felony charges for a collision that claimed one life on Oct. 10 on Sunset Boulevard, just northwest of Beverly Hills.

Detective Olin Osborne, with the Los Angeles Police Department’s West Traffic Division, said the driver was allegedly under the influence of alcohol when she crossed into oncoming traffic at approximately 7:55 p.m. near Mapleton Drive and crashed her Lexus hybrid into a Range Rover. A 26-year-old passenger in the Lexus was killed. The suspected DUI driver was hospitalized and is recovering, Osborne said. The Range Rover’s driver did not sustain life-threatening injuries.

“This one is definitely DUI, she was over the legal limit,” he added. “Charges are pending because we have to get all of our stuff in order to present to the Los Angeles County District Attorney’s Office. She will be facing gross vehicular manslaughter charges with DUI involved.”

The suspect’s name was not provided pending charges being filed. Police cannot arrest her until she is medically cleared, he said.

The detective added that in a coincidence, an on-duty Los Angeles County Sheriff’s Department deputy happened to witness the collision.

“Essentially, PD was at the scene at the time,” he said. “The suspect crossed over into the wrong lanes and crashed into the Range Rover. Even with Uber and Lyft, unbelievably, this kind of thing still happens.”