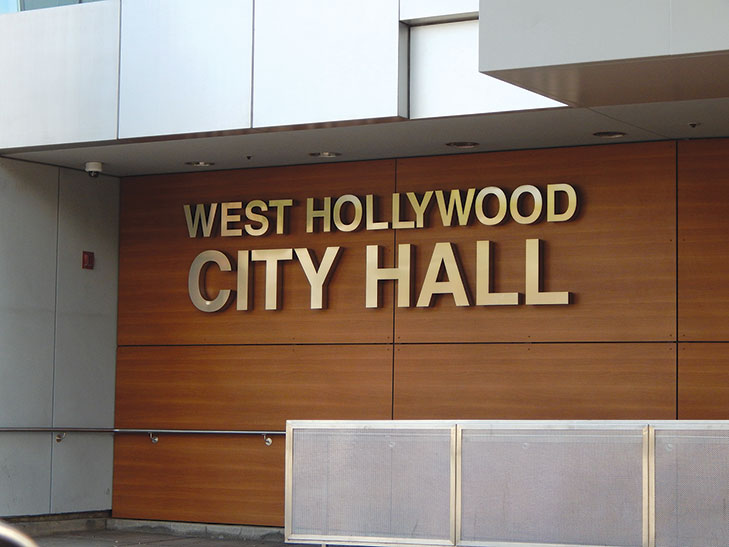 The city of West Hollywood honored innovators in sustainability. (photo by Edwin Folven)

The city of West Hollywood honored three “Green Champions” with Green City Awards as part of the inaugural effort to recognize projects and practices that demonstrate excellence in environmental sustainability.

The Green City Awards program is administered by the city of West Hollywood and its Public Facilities Commission in three categories: Individual, Businesses, and Nonprofit Organization/School. The city recognized Mike Carter for the Monarch Sanctuary Project, DoveHill Capital Management LLC for 1 Hotel West Hollywood and the West Hollywood Bicycle Coalition for the Safe Streets for All Project. The Green City Awards ceremony was part of the Public Facilities Commission’s annual televised meeting on Sept. 9.

Carter’s Monarch Sanctuary Project is an example of an individual’s ongoing effort to raise local awareness for the habitat creation and preservation of the western monarch butterfly, an important pollinator species in California that is suffering severe population decline. Carter encourages people to help by purchasing plants to increase the monarch butterflies’ feeding and breeding locations.

The 1 Hotel West Hollywood by DoveHill Capital Management LLC is located at 8490 Sunset Blvd. The sustainability components of the submission focus on two urban gardens – 2,000 square feet in total – the use of locally sourced lumber and bringing nature into the hotel experience through biophilic design.

The West Hollywood Bicycle Coalition’s Safe Streets for All Project is an ongoing project led by the local nonprofit organization with an emphasis “to make safe, complete and sustainable streets available to all by promoting bike-oriented services, advocacy, education and projects that benefit all road users.” Notable contributions by the coalition to the West Hollywood community include providing input on city planning and implementation projects, holding educational programs about bicycle safety and road use laws, facilitating communications between law enforcement and the bicycle community and holding community bike rides. The project is noteworthy because it illustrates the role that nonprofit organizations have in advancing shared goals and outcomes.

The Autry announces change in leadership