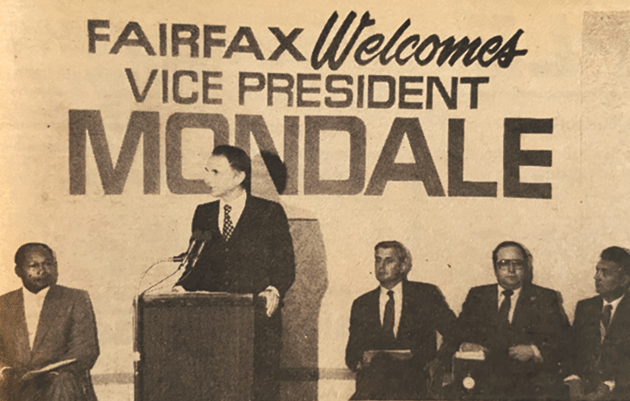 Former Vice President Walter F. Mondale was shown in this photograph in the Sept. 18, 1980, issue of the Park Labrea News announcing an $8 million federal grant for construction of the Fairfax Towers apartments, located in what is now West Hollywood. Mondale was joined by former Los Angeles Mayor Tom Bradley and other local leaders in announcing that federal funds had been awarded to the Young Israel Community Development Corporation, which built the project. The 150-unit building at 1222 N. Fairfax Ave. still provides affordable housing for seniors.