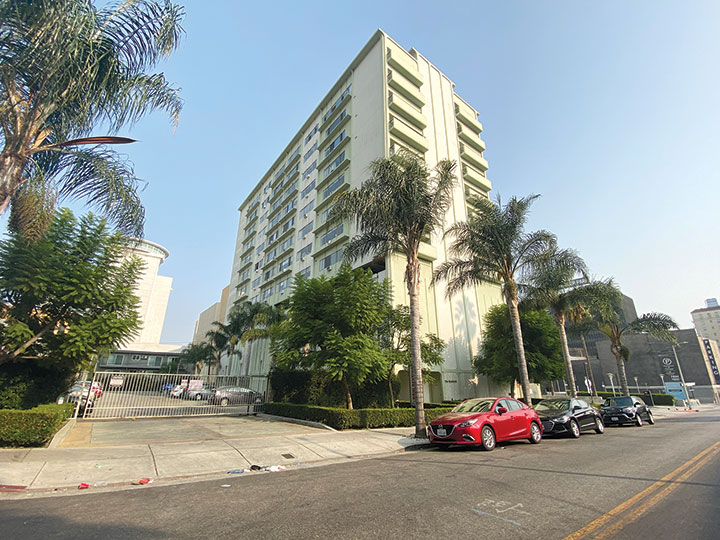 A man was allegedly murdered during a robbery of marijuana at an apartment building just north of Hollywood Boulevard. (photo by Edwin Folven)

Police have identified the victim of a shooting at an apartment building in Hollywood on Sept. 8 as Christopher Walker, 33.

Paramedics pronounced Walker dead at the scene following the shooting at approximately 12:45 a.m. at the 12-story apartment building at 1746 N. Orange Drive, just north of Hollywood Boulevard. Officers responded to calls about shots being fired and found residents providing first aid to Walker, who lived in the building, police said.

The case remains under investigation, said Detective Sean Kinchla, with the Los Angeles Police Department’s West Bureau Homicide Unit. He declined to provide details, but said the homicide is believed to be “narcotics-related.” An LAPD press release stated, “the victim was involved in a marijuana transaction when the suspects shot the victim and robbed the victim of marijuana.” Kinchla confirmed that was what allegedly occurred.

Three suspects, two Black men and one Black woman, are being sought for the homicide. No further descriptions were provided. Investigators believe the suspects fled in a black sedan.