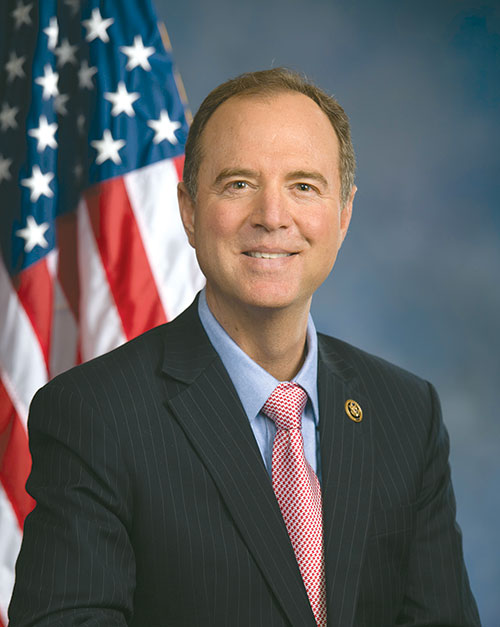 U.S. Rep. Adam Schiff (D-Calif.), chairman of the House Permanent Select Committee on Intelligence, delivered remarks at a press conference on Sept. 23 introducing the Protecting Our Democracy Act. Billed as a landmark reforms package that will prevent future presidential abuses, the act aims to restore the nation’s system of checks and balances, strengthen accountability and transparency, and protect elections.

“In introducing this landmark bill, the House is taking another vitally important step in our determination to protect our democracy,” Schiff said. “Since taking office, [President] Donald Trump has viewed the constraints on his power and the demand for basic transparency and accountability as an inconvenience. He has claimed extraordinary power, bent and broken the law, and purposefully undermined the rule of law. He has probed for where his powers are least constrained, bound only by norms for which he has no interest. And where he has found weakness, he has exploited it, with grave consequences for our nation.”

Schiff underscored how the House Democratic Caucus and others have worked to defend the law, the Constitution and the nation’s values, “even impeaching the president when he was caught abusing his power in an effort to extort a foreign partner for dirt on his opponent.”

“Today is the latest step in our critical effort to hold this president, and all presidents, accountable,” he said. “This bill is the culmination of many months of work by the caucus to identify the most crucially needed reforms to our laws to constrain a lawless president. Some of these reforms have been contemplated for years, others became necessary only as we witnessed the serial abuses of power by this president.”

Specifically, the act intends to prevent presidential abuses by preventing the abuse of the pardon power, ensuring no president is above the law, and enforcing the foreign and domestic emoluments clauses of the Constitution.

The act requires the Department of Justice and White House to provide materials to Congress concerning any self-serving presidential pardon or commutation in cases involving the president or his/her relatives, contempt of Congress or obstruction of Congress; clarifies that the president and vice president are public officials and pardons are official acts and things of value for purposes of the federal bribery statute; and prohibits self-pardons by the president.

The act suspends the statute of limitations for any federal offense committed by a sitting president or vice president, whether it was committed before or during their terms in office, to ensure that presidents and vice presidents can be held accountable for criminal conduct just like every other American and not use their offices as a shield to avoid legal consequences.

“This bill is essential. Not just because Donald Trump’s presidency has been so damaging, though it has been. But because we owe it to the American people to put in place meaningful constraints on power, fix what is broken and ensure that there is never again another Richard Nixon or Donald Trump, for either party,” Schiff said.