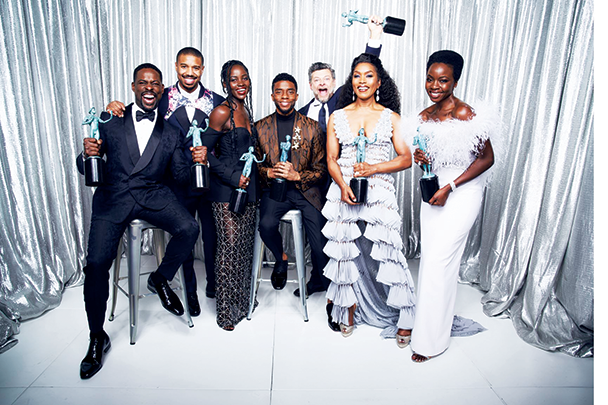 In the wake of the death of Chadwick Boseman, SAG-AFTRA is “deeply saddened,” the union of performers said in a statement.

“The absolute pinnacle of our profession is not fame, fortune or accolades. It is the simple act of touching someone’s heart, nourishing their soul and giving voice and meaning to our hopes and dreams,” SAG-AFTRA President Gabrielle Carteris said. “Chadwick soared far above those heights, inspiring a thousand possibilities in the minds of our children while elevating our culture. He exemplified the best of storytelling and the best of who we can be leaving a lasting legacy that sustains us. Rest in peace.”

“He was more than a rising star,” SAG-AFTRA National Executive Director David White said. “He showcased the stories of our past and our future. He was a true storyteller through his performance. With ‘42,’ he anchored our understanding of the past and showed us a path towards magnificent futures with ‘Black Panther.’”

Boseman led the ensemble cast in the title role of “Black Panther,” which won the Screen Actors Guild Award for Outstanding Performance by a Cast in a Motion Picture in 2019.