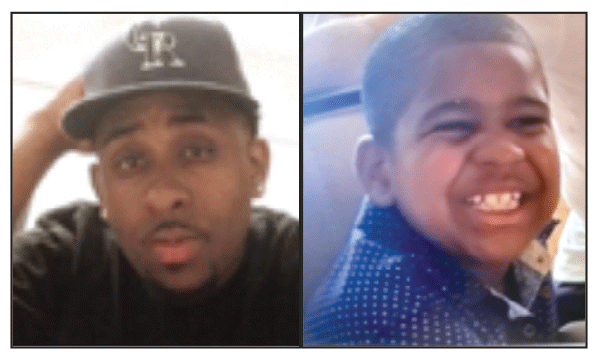 Rodney Dorsett Jr. allegedly fled with his son Chance, and the pair was found in Las Vegas. (photo courtesy of the LAPD)

Law enforcement authorities announced late Wednesday that  a father and his 6-year-old son who disappeared from the Wilshire area on Sept. 6 were located in Las Vegas.

The father, Rodney Dorsett Jr., 25, allegedly fled with his biological son, Chance, after the two came together for a routine visitation. Authorities believed the pair may have been traveling to Texas, where other family members live. Dorsett Jr. was arrested for a warrant, although no further information was provided about that alleged crime. Chance was found safe and is in custody of the Department of Children and Family Services, police said.

Rodney Dorsett, Sr., the boy’s grandfather and the suspect’s father, has full custody of Chance. He dropped off Chance with his son at approximately 4 p.m. on Sept. 6 and called police later that evening after his son and grandson did not return to a designated location. The Los Angeles Police Department issued a Child Abduction Regional Emergency Alert, or CARE Alert, on Sept. 7. Dorsett Jr. and Chance were last seen at the corner of Redondo and Washington boulevards.

On Tuesday, LAPD officials said the FBI was involved in the investigation because the suspect was believed to have possibly crossed state borders with his son.