Median gets a much-needed mowing 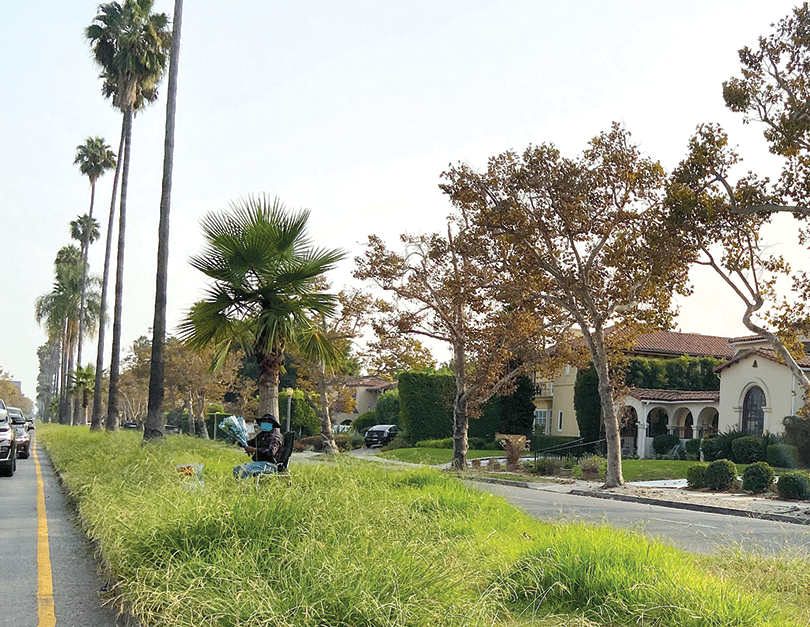 People traversing Highland Avenue in Hancock Park may not realize they are in the presence of a city of Los Angeles historic cultural monument: the palm trees that line the street on the median running from Wilshire Boulevard to Melrose Avenue.

The queen palms and Mexican fan palms were planted in 1928 and were designated as historic-cultural monument No. 94 in 1972, representing the historic grandeur of the neighborhood. While the trees still stand tall, the condition of the median at their base recently became cause for concern for the Hancock Park Homeowners Association, which helps maintain the median. After a city contract for maintenance ended in June and replacement arrangements were not rapidly made due to coronavirus budget constraints, the Highland Avenue median didn’t look so monumental, HPHA President Cindy Chvatal-Keane said. The grass grew so high Chvatal-Keane advocated for bringing in a herd of goats.

“We heard of them using goats to clear grass around Angels Flight [Railway] downtown and just thought it was a great idea. It’s clean, it’s green. People [in the neighborhood] loved it,” Chvatal-Keane said. “I started contacting goat-herding companies and one was enthusiastic. I found out they would need to have an electrified line around while the [the goats] were working in the median for safety, and that’s when things started to get complicated. We didn’t get approval, but maybe there will be a way to work it out. We still think it’s an interesting idea, and we haven’t given up.” 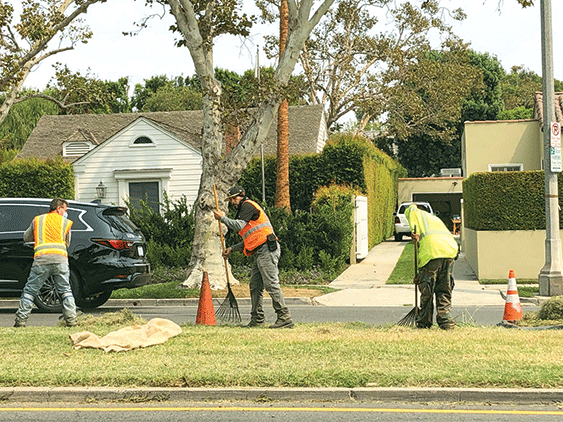 Sans city approval for “God’s lawn mowers,” as Chvatal-Keane called them, the homeowners association decided to take traditional steps to help clear the median. With the consent of the city and Councilman David Ryu, 4th District, Chvatal-Keane hired a crew to begin the work last weekend. She said the city also sent a crew, and the two worked together on different areas of the median. Because the grass was so high, mowers got jammed and crew members had to use weed whackers. Sections of the northern and southern portions of the median were completed, but the crew will return this weekend to finish the work between Third Street and Beverly Boulevard.

“Now they have to test the irrigation system,” she added. “That’s the mission.”

Mark Pampanin, a spokesman for Ryu said the plan is to reimburse the homeowner’s association the $1,280 it paid for the crew from the council office’s discretionary funds. Plans are also in the works to get a contract or other plan in place to ensure maintenance continues into the future.

Chvatal-Keane said maintaining the median is just part of the homeowners association’s duties. The organization also plants trees in the neighborhood and works with the city to address issues such as street and sidewalk repair.

“This is what we do,” Chvatal-Keane said. “We were able to think outside of the box and come up with a solution to get it done.”

Gunfire near Wilshire and Burnside remains a mystery

I remember the goats clearing the brush near Angel’s Flight- they were used because the terrain was so steep. I don’t remember them using electric fencing to keep the goats in, or any fencing at all. It seemed to me that the goats were far more interested in lunch than they were in darting out onto Grand Avenue.