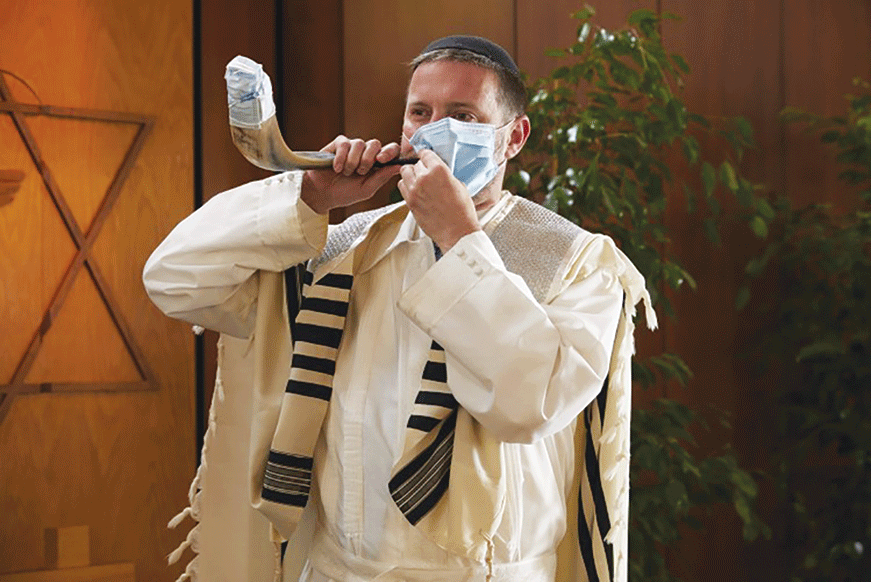 As the sun sets on Friday evening, bringing with it the start of Rosh Hashanah, hundreds of thousands of Jews in Los Angeles will celebrate the new Hebrew year, 5781. In years past, families gathered together before sundown, filling sanctuaries to pray alongside others to mark the start of the most sacred 10-day period of the Jewish calendar.

Consistent with the message of the High Holy Days – that anything is possible – local Jews are finding ways to connect virtually as the COVID-19 pandemic prompts people to remain isolated from the larger community.

“I think we really need to open up our hearts to possibility so we can take [everything] on and take it on together,” Temple Emanuel Beverly Hills Rabbi Jonathan Aaron said. “Wouldn’t it be nice if we could really reset things and begin again? I think [the High Holy Days] give us that opportunity.”

Throughout the region, synagogues are offering a variety of virtual High Holy Days services. Similar to the previous 52 virtual services which have originated in the Temple Emanuel sanctuary, Aaron said the broadcasts of the upcoming free-to-view holy days services would be streamed on Facebook Live and be available on the temple’s YouTube channel.

For Jews not attending services this year, Aaron emphasized the importance of taking this time for reflection.

“Reflect upon the year and try to be better, because that’s the gist of what these holidays are about, and we just give people an opportunity to grow,” he said.

In a special twist on one beloved tradition, historically taking place at the beach on the second day of Rosh Hashanah, the temple will offer space for a non-traditional tashlikh (Hebrew for “cast off”) where instead of symbolically throwing sins into the ocean, congregants can cast pieces of paper into a kiddie pool filled with water in a contactless, drive-by manner. Before Rosh Hashanah concludes at sundown on Sept. 20,  congregants can drive by the temple on North Clark Drive from 2 to 3:30 p.m. and hear Aaron sound the shofar. At 3:20 p.m., he will participate in the “Shofar Wave,” a partnership between IKAR and the Jewish Federation to stretch the sounds of the shofar across the region with over 100 people blowing at specified times.

Less than a mile away on Wilshire Boulevard, Beverly Hills Temple of the Arts Rabbi David Baron predicted that most of his congregation’s 1,200 members, about half of whom he estimated were over the age of 75, would watch High Holy Days services online because of the pandemic. Those who aren’t members can avail themselves of $50 annual virtual memberships by visiting bhtota.org to livestream Rosh Hashana and Yom Kippur services, along with all other virtual services, holidays and special events for one year.

“When I think about all of the things that have happened to us, between the pandemic, and then the heatwave, and then the fires and smoky air, it’s really important that we show tremendous sensitivity to each other’s state of mind, because a lot of us are so upset and so frightened, and it’s really important that during a time like this that we go out of our way to demonstrate acts of kindness, what we call, ‘mitzvah,’” Baron advised. “This is the time that calls for it more than any other we’ve experienced before.” 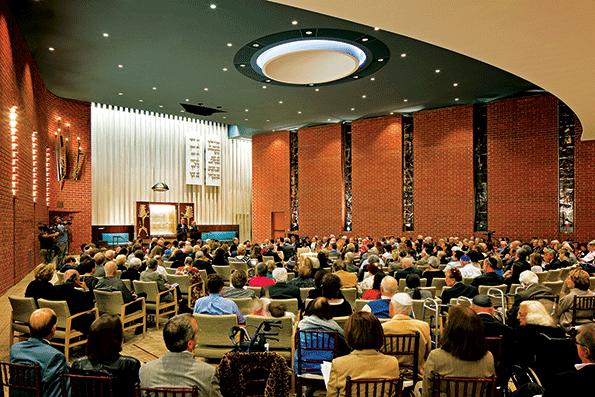 “Obviously, we’ll be missing the energy that comes from being in that room with 2,000 other people and the singing and hearing all of it, but from a visual perspective, and hopefully from a content perspective and a music perspective, it’s going to be really special for people,” Wilshire Boulevard Temple Rabbi Steve Leder said.

As part of his sermon, Leder will probe how one can lead a meaningful, spiritual and purposeful life in the midst of a pandemic. Embedded in the “Unetanah Tokef,” a prayer about the yearly day of judgment where it is decided who will perish and who will flourish, is what Leder calls a three-part prescription: “Tshua,” “Tefilla” and “Tzedaka.”

“The rabbis (in the Talmud) were telling us that while we cannot necessarily affect what’s happening to us, we can affect how we live through what’s happening to us,” he said, referencing the fact that for thousands of years, Jews have been living with tradition and uncertainty. “Their advice on how to live in perilous times is ‘Tshua,’ meaning to tend to your relationships [and] double down on the people who really matter; secondly, ‘Tefilla,’ to tend to self-care in your own inner-spiritual life; and finally ‘Tzedaka,’ which at the end of the day is reaching out to help others.”

Further, Leder said that particularly during this time of self-reflection, atonement and repentance, it was important to improve and embrace the lessons that the pandemic has taught.

At Cedars-Sinai, Rabbi Jason Weiner and his team of chaplains are figuring out unconventional ways to adapt to the COVID-19 pandemic to safely bring this year’s Jewish High Holy Days to patients.

“COVID-19 has changed the way we work, and the High Holidays are no exception,” Weiner said. “We’ve had to get creative about how we bring these rituals to our patients.” 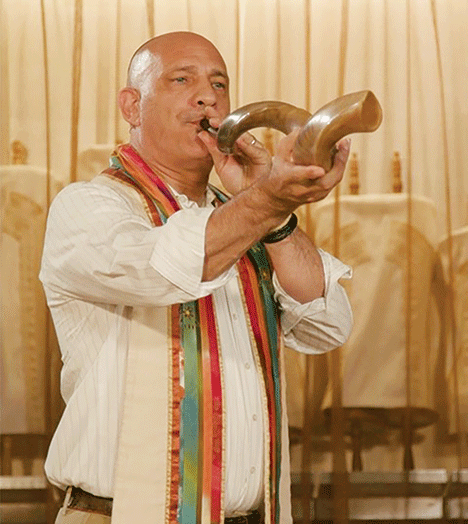 When it comes to blowing the shofar, this year Weiner plans to blow the traditional instrument made from a ram’s horn while wearing a mask – and he plans to put one on the shofar as well to act as a barrier for droplets in the same way it works covering a person’s mouth and nose. In addition, he and his team of chaplains have produced interactive video services that patients will be able to watch and follow along with independently from their own rooms.

“We focused on giving context around each of the prayers and rituals of the service, to make the prayers more meaningful, and so we can use this video in future years,” Weiner described.

For example, during the Torah reading, Weiner talks about how the passages relate to the idea of never giving up, even when things look very bleak.

Congregation Kol Ami Rabbi Max Chaiken praised how Jewish communities pivoted online at the outset of the pandemic and have continued to stay connected virtually. For the upcoming holiday services, members and guests will be able to virtually attend pre-recorded High Holy Days services in the West Hollywood sanctuary via Zoom, in addition to watching a livestream service to conclude Rosh Hashanah services on Sunday morning.

“I think we’re in a time of radical transformation of Jewish life. But one of the things that I’m feeling particularly excited about is the amount of innovation and creativity that this moment has opened up for many communities including us at Kol Ami,” he said. “One of the silver linings of such a difficult time has been the way that communities have rallied together online and in ways that are just brand new to maintain a sense of connection to one another and to continue building community and supporting each other through a quite difficult time.”

Chaiken emphasized the value of being flexible and having the ability to improvise when needed, particularly during this time.

“These last six months of the pandemic has sort of pushed us all to sort of say, ‘Yes, and…’ (as in improv) to the situation that we’re in and see how we can continue to move forward productively and embracing creativity in our communities and maintaining connections in new ways,” he added. “My advice for all people would be to embrace a fresh start for the new year. I think all people can take that message of trying to seek sweetness and happiness in the new year by embracing the uncertainty and trying to stay connected with community.”