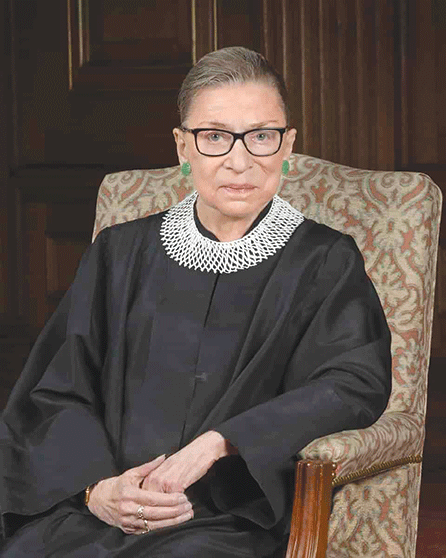 Justice Ruth Bader Ginsburg served on the U.S. Supreme Court for 27 years. She died on Sept. 18. (photo courtesy of the Hammer Museum)

After the passing of U.S. Supreme Court Justice Ruth Bader Ginsburg on Sept. 18, the Hammer Museum scheduled a special forum for today, Sept. 24, at 5 p.m. to discuss Ginsburg’s impact on American law and life.

The panelists will discuss Ginsburg’s early work as an advocate for gender equality and her opinions on the Supreme Court that changed the shape and face of the country. The forum will also cover the upcoming battle over her now-vacant Supreme Court seat and the GOP’s odds of success in replacing Ginsburg before the election, what it would mean to expand the Supreme Court and the role the court now plays as one of the most pressing issues leading up to the Nov. 3 election.