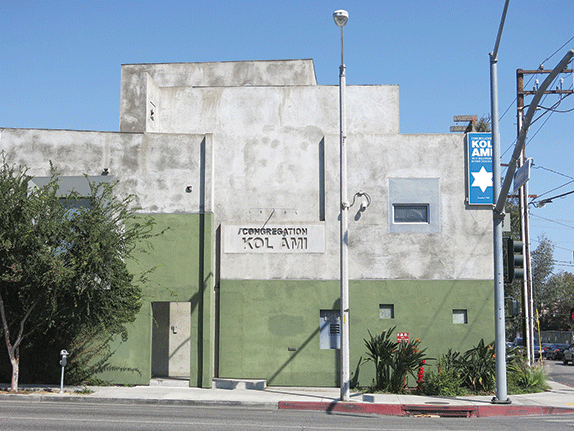 Dillon Hosier, chief advocacy officer of ICAN, and Rabbi Denise Eger of Congregation Kol Ami asked the candidates a pair of questions relating to law enforcement, including what should be done about the push to defund the police and what the candidates would say to Los Angeles County Sheriff Alex Villanueva about the overuse of force. West Hollywood contracts its police services with the Los Angeles County Sheriff’s Department, which has faced criticism in recent months after allegations of unjust shootings, improper uses of force and gangs within the department.

Erickson said the city needs to bolster its neighborhood watch groups, which have dwindled in recent years, and needs to be part of bringing “accountability and transparency to law enforcement.” Right now, there’s an “accountability problem,” he said.

“We need to make sure that responsibility and transparency come down from the top and ultimately, our sheriff needs to be involving community groups and major stakeholders to really start reassessing what does not only ending systemic racism look like within the sheriff’s department at large, but ultimately, how can we move everyone forward on an understanding of what accountability looks like,” Erickson said.

Heilman, an incumbent who has served on the council for all but a few months since the city incorporated in 1984, said he does not support reducing the funding for law enforcement, as the city needs to protect its residents and the patrons of its many entertainment venues. Heilman added that while the city can “play a leading role” in helping reform the LASD – as it did in ensuring non-discrimination based on sexual orientation – Villanueva is “not the right person for the job.”

“He needs to hold officers accountable when they screw up. He needs a clear message that that kind of behavior is not acceptable,” Heilman said. “He needs to root out the gang activity within the department.”

Torres suggested that the council and LASD reassess how money is spent by the department. She said the city could also rely on nonprofits and social services to handle some of the work now handled by police.

As for Villanueva, Torres also echoed the calls for “accountability.”

“If Sheriff Villanueva is not doing a good job, it’s probably because he doesn’t have the support he needs. I believe that there is room for growth, but I also want to make sure that people are accountable for what they’re doing,” Torres said.

Block said he is not an advocate for defunding the police, as the city already sees “so much crime going on.” Block added that he’d like to see more outreach to the homeless community on nights and weekends, more Block by Block security ambassadors and potentially another sheriff’s station. He added that he thinks body cameras and sensitivity training will help officers make better decisions.

As for Villanueva, Block said he would want to “understand his issues and his problems.”

“It’s very difficult to have thousands of officers and be responsible for the spur-of-the-minute actions that happen in crisis situations, so I’d like to understand and digest some of the problems and the remedies that they had first,” Block said.

Shyne said she would like the sheriff’s deputies – and all city officials and city staff – to undergo sensitivity training and anti-systemic-racism training. She also would like to see more funding for Block by Block ambassadors and a task force for Black, Indigenous and people of color to advise the council on social-equity issues and systemic racism, “the root cause of overuse of force by police.”

Shyne also wants to see an independent investigation of the death of Andres Guardado, who was shot and killed by an LASD deputy on June 18, and she noted that “our deputies in West Hollywood are great, but the problem is at the top.”

Duran, who was endorsed by the sheriff’s deputies’ union, said he does not want to defund the police. Duran said the city is fortunate to have contracted out its policing services, as “if we created our own police department, the pensions would now be crushing our city budget.”

He added that LASD removes problem officers from West Hollywood, but Villanueva needs to do more.

“Not all [of] his cops are good cops. There are bad deputies, and he has to deal with them if he wants people to start to trust law enforcement again,” Duran said.

The candidates were also asked how they think the city should proceed given the recent rise in hate crimes, including anti-Semitism, anti-trans incidents and anti-LGBT incidents in the city and country as a whole.

Shyne said city leaders need a no-tolerance policy for hate crimes, which she said are “some of the highest crimes in L.A. County, and they have increased.”

“I would like to see a robust program in place that educates our residents about these crimes in our community when they happen,” Shyne said.

She also echoed her earlier call for increasing the Block by Block security ambassadors and installing more LED lights to make the city safer.

Erickson, who said he was a victim of a hate crime in college, said the city must continue to be “a beacon of standing for the right thing.”

“We need to not only stand up with our words, but with our actions, and we know that the city has done this work, but it doesn’t mean that we should stop ever, because right now, people are feeling alone and scared. West Hollywood has always been that beacon, and we need to continue that moving forward,” he said.

Heilman said more education would be beneficial, as “some people don’t realize that they engage in hate crimes,” such as same-sex couples who use violence and derogatory language in disputes.

“When you start calling people names as you’re engaged in physical violence, even if you’re a member of that group, it’s still a hate crime,” Heilman said.

Heilman added that voting President Donald Trump out of office would help in this area.

“We see mentally ill and mentally unstable people engaging in this kind of conduct because they’ve been given a green light,” Heilman said.

Torres also said education will be important to reducing hate crimes in the community.

“We don’t know what a hate crime looks like sometimes, just like sexual harassment, sometimes we don’t know what that looks like, so education, the knowledge and the training [are important] for everyone to have … It is important for us to provide the opportunity [to ask questions] and learn from each other,” Torres said.

She added that it’s also important to vote Trump out of the White House.

“I never thought in my life, with my mother talking about the Holocaust, that I would see that now,” Block said.

He also said the anti-trans bigotry is a “tremendous problem,” one that he was trying to address earlier this year, though progress was stymied by the pandemic.

“COVID got in the way of my plan to work with the Trans Can Work nonprofit … to develop a trans work program,” Block said.

Duran said he also has been the victim of hate crimes, and he thinks “it’s going to be something we have to constantly work on throughout our entire lives, and that’s just part of the price of being somebody who’s different in America.”

Duran added that Trump must be voted out to make things better.

Duran, an attorney, also noted that hate crimes are not charged separately. They are an enhancement of existing criminal charges, and Duran said when the evidence indicates a hate crime was committed, the city works to “make sure it’s handled appropriately” by the district attorney.

Voters will choose two City Council members on Nov. 3, and the six candidates in the ICAN forum will be joined by five others – Mark Farhad Yusupov, Marco Colantonio, Tom Demille, Jerome Cleary and Christopher McDonald – on the ballot.