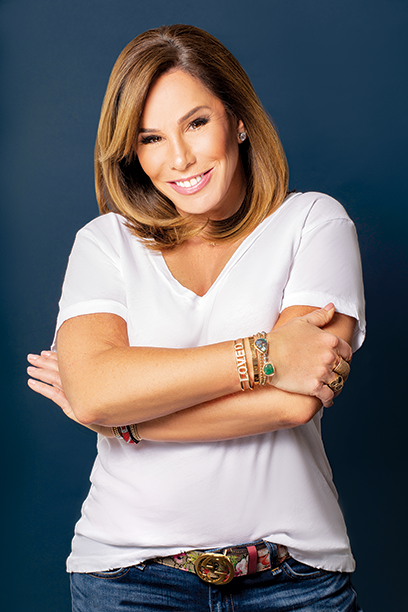 The life-affirming event, which brings survivors of suicide and loved ones together each year, was shifted to take place virtually for the first time to protect supporters’ physical health from COVID-19. The event begins at 8 a.m. on Facebook Live and will be available for viewing afterwards on aliveandrunning.org. Melissa Rivers will spotlight September as “Suicide Prevention and Awareness Month” as part of the upcoming event.

“Without added support, the mental health effects of COVID-19 on children, teens, and young adults could damage entire generations. Many will tragically take their own lives. We all have a responsibility to look for signs of and prevent trauma, depression, anxiety, and suicide in others as much as we track symptoms of the virus to prevent its spread,” said Dr. Jonathan Goldfinger, MD, CEO of Didi Hirsch Mental Health Services.

In addition to claiming hundreds of thousands of lives, COVID-19 also continues to devastate Americans’ mental health. A new study by the Centers for Disease Control and Prevention reports 40% of US adults are now struggling with mental health or substance use from some combination of isolation, financial insecurity, racial trauma, and even the virus itself.

A recent CDC survey found that one in four teens and young adults seriously considered suicide in the past month alone. The finding prompted CDC Director Dr. Robert Redfield to warn that suicides and drug overdoses have now surpassed the death rate for the virus among high school students.

Founded in 1958, the Center recently relocated to Century City to expand its national impact by nearly doubling the counselors answering its 24/7 multilingual Crisis Line, and growing services for people affected by suicide. Didi Hirsch now offers online teen suicide bereavement support groups as part of the Everychild Suicide Prevention Project and holds an annual Teen Summit to provide at-risk teens an opportunity to share stories, learn from one another and practice leadership skills.

“I know from personal experience how devastating it is to be a teen who loses a loved one to suicide,” said Rivers, who was a college student when her father, television producer Edgar Rosenberg, died by suicide. Rivers, a member of Didi Hirsch’s Board of Directors, received Didi Hirsch’s Beatrice Stern Media Award in 2016. “The teen bereavement support groups that Didi Hirsch offers are a critical service for the community, and one I wish was around when I was going through my grieving process.”

VINTAGE: Remembering the victims of 9/11