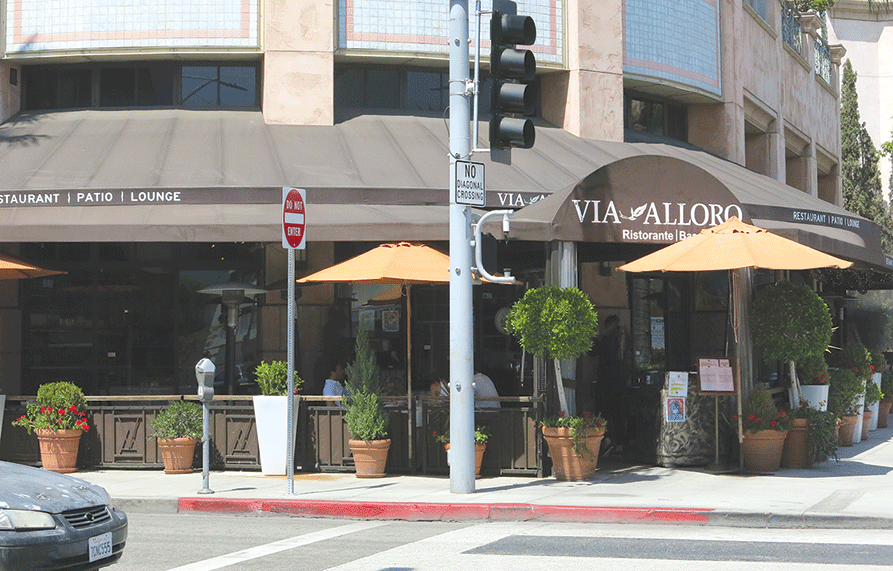 Though outdoor dining is allowed, restaurants are not currently able to open their indoor dining rooms. (photo by Cameron Kiszla)

On Sept. 1, the Beverly Hills City Council unanimously reimposed its cap on the fees charged by food delivery services. The cap will remain in place until the state of emergency related to the COVID-19 pandemic is lifted.

Delivery apps such as Uber Eats, Grubhub and DoorDash had been limited to charging a maximum of 15% on delivery fees by a council vote on June 16 and 5% on other fees, such as those for credit card processing, marketing and other uses already put in place before the pandemic began. In that meeting, council members and city staff said they had heard the delivery service fees had been crippling local restaurants, sometimes by charging as much as 30% or 40% of the price of the food. However, the council’s cap expired on Aug. 31.

“When the ordinance was adopted, it appeared that restaurants would be open soon for indoor dining,” said Cynthia Owens, policy and management analyst for the city.

But the spread of the virus has not yet been contained, and Los Angeles County is in the Purple tier of the “Blueprint for a Safer Economy” that Gov. Gavin Newsom announced on Aug. 28. In the Purple tier, which indicates that the virus is widespread, only outdoor dining is allowed.

Until the number of new cases per 100,000 residents and positive-test rate are lowered, the county cannot advance into the Red, Orange and Yellow tiers – indicating substantial, moderate and minimal risk levels, respectively – and allow restaurants to resume indoor dining. However, even at the Yellow tier, restaurants will not be able to fully resume their pre-pandemic activities.

“Even in the best-case scenario … restaurants will have a maximum capacity of 50%,” Owens said.