Beverly Hills moves to save on personnel costs 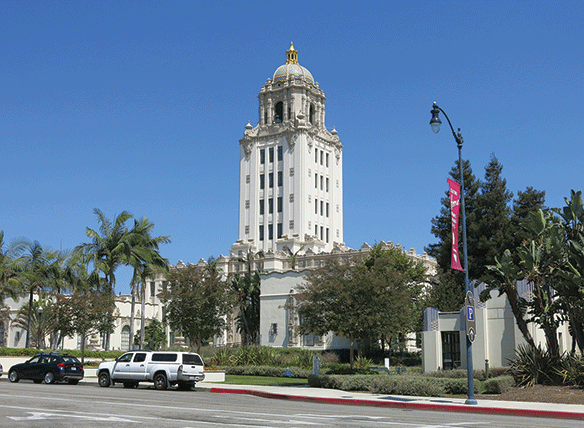 Beverly Hills is expected to employ approximately 80 fewer people if its buyout and early-retirement programs are utilized as expected. (photo by Cameron Kiszla)

Governmental budgets have been impacted by the economic devastation caused by the coronavirus pandemic, and Beverly Hills is no exception. On Sept. 1, the council voted unanimously to authorize a pair of cost-saving measures: an early-retirement program through the California Public Employees’ Retirement System, or CalPERS, and a city-led buyout program.

“Given that personnel costs make up such a large, large portion of our general fund budget, there was going to be a need to reduce costs in that area,” said Jeff Muir, the city’s director of finance.

For the CalPERS program, employees can receive up to two additional years of service credit for their retirement funds if they have been with the city or another CalPERS member agency for at least five years and are at least 50 years old.

The employee cannot be a public safety worker, such as a police officer or firefighter, as those employees are handled under a separate contract with CalPERS, though Muir said the city is looking into how to include those employees as well.

In exchange for the additional two years of credit, the city will pay CalPERS an annual fee based on the number of employees who accept the early retirement deal for five years beginning in fiscal year 2023-24. The city will also remove the retirees’ positions from its budget.

“That effectively means a position will be eliminated,” Muir said.

For the city program, Muir said there are 21 likely candidates who would receive 2.5% for each year of service with the city, up to a maximum of 70% of an employee’s salary. For those who accept the buyout, the position would remain vacant for two years.

Even with the anticipated $700,000 upfront cost the city will incur with the buyouts, Muir expected that the city would ultimately realize $2.1 million in savings over the next two years.

“These are voluntary programs … There’s no guarantee that … all the employees we think are likely will actually participate,” Muir said.

In total, city staff expects the two programs to save Beverly Hills approximately $46.2 million between now and fiscal year 2027-28, the last year in which the annual fee will have to be paid to CalPERS. Muir reiterated, however, that the actual number of city employees who will retire or take the buyout won’t be known until the deadline of Feb. 28, 2021, and the city might choose to change course before 2028, depending on the pandemic and other factors.

“If the economy were to turn around and there were additional resources available to bolster some staff … that would eat into these savings,” Muir said.

Vice Mayor Robert Wunderlich asked city staff to return with more information related to the budget and the city’s finances as it becomes available.

“Initial estimates are always going to be off by something as we develop additional information … I think this might be a good time to schedule an update … with the increased knowledge about revenue we have coming in, the cost savings we’ve achieved and where we stand now,” Wunderlich said.

In the meantime, the council members supported moving forward with the cost-saving measures.