Two seats on the West Hollywood City Council will be up for election on the Nov. 3 ballot, and 10 candidates have declared their intention to run. An 11th candidate has dropped out.

The 10 remaining challengers include the two incumbents – Councilmen John Heilman and John Duran – and eight others with a variety of experience. 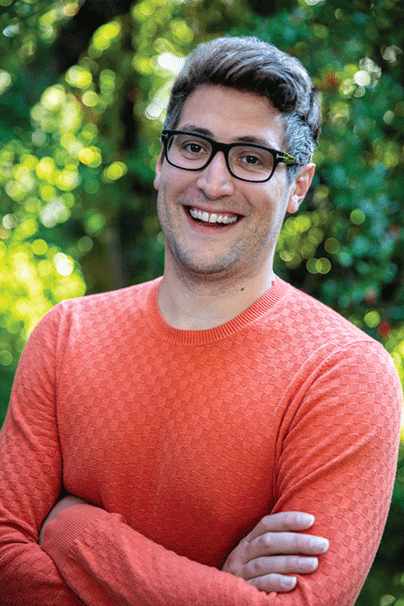 John Erickson, 34, is running for City Council for the first time, though he serves as a West Hollywood Planning Commissioner. A former city staffer, he also works as the director of public affairs for Planned Parenthood Los Angeles and is involved with local and state Democratic politics.

“I’m running because it’s time to bring a new generation of leadership to the West Hollywood City Council, leadership that not only has experience but fresh ideas for the job,” Erickson said.

Erickson added that while his “No. 1 priority is to get the lives of our city’s residents back on track” after the coronavirus pandemic, he also wants to focus on protecting renters, creating a more sustainable city, keeping neighborhoods crime free and addressing transit and homelessness. 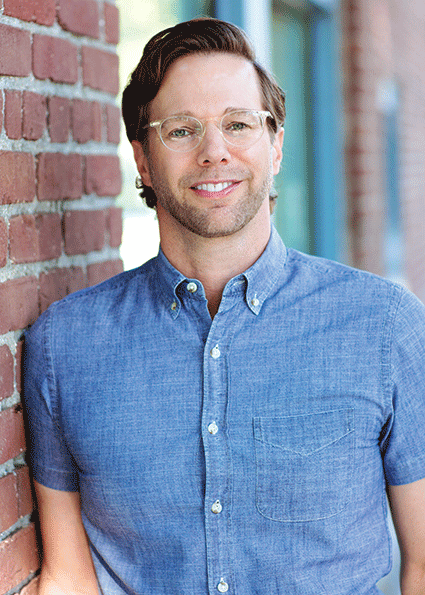 Christopher McDonald, 45, is running for City Council for the first time. A television stage manager, McDonald serves on the HOA board of his condominium building, and he is involved with Friends of the LA River, the Los Angeles Conservancy and GLIDE, which teaches students about LGBT issues and acceptance.

McDonald said, if elected, he would focus on preventing overdevelopment, creating affordable housing and reducing homelessness in West Hollywood and the surrounding area. McDonald added that, during the pandemic, the city should also help small businesses.

“I think right now, our local businesses and our small businesses, they’re the heart and soul of our community, and we have to do whatever it takes to help them survive and then thrive on the other side of this,” McDonald said. 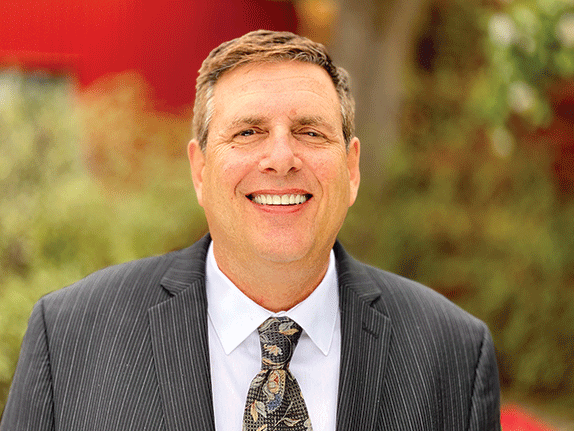 Larry Block, 61, previously ran for City Council in 2015. Block, who is partially sighted, is a former member of the city’s Disabilities Advisory Board and has served as chair of the city’s Public Facilities Commission.

The owner of the boutique Block Party WeHo and a licensed real estate agent, Block wants to provide a small business owner’s perspective to the council and help rebuild the “community village” by diversifying the local economy, which is reliant on cannabis, hospitality and tourism, and has suffered during the pandemic.

“I love this city. I feel my neighbor’s pain when I open my shop and everyone is closing around me and I’m struggling to survive,” Block said.

Block added he’d also like to address the homelessness issue and reduce the influence of developers and unions in local politics. 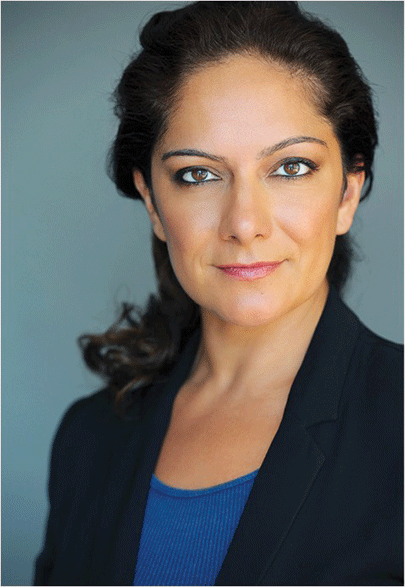 Noemi Torres, 43, is running for council for the first time. Torres, who works in real estate, for the U.S. Census Bureau and with Project Angel Food, has served as vice chair and chair of the Women’s Advisory Board and as a member of the Public Facilities Commission.

Torres said she was inspired by the impact made by her friend, former West Hollywood City Councilman and current Los Angeles County Assessor Jeff Prang, and she wants a council seat “to be able to make a difference.”

“There’s never been a Latina woman on the City Council in West Hollywood. I want to encourage other women and other minorities and run,” Torres said.

Torres added that, if elected, she wants to focus on transparency on the City Council, homelessness, affordable housing, transportation and helping small businesses. 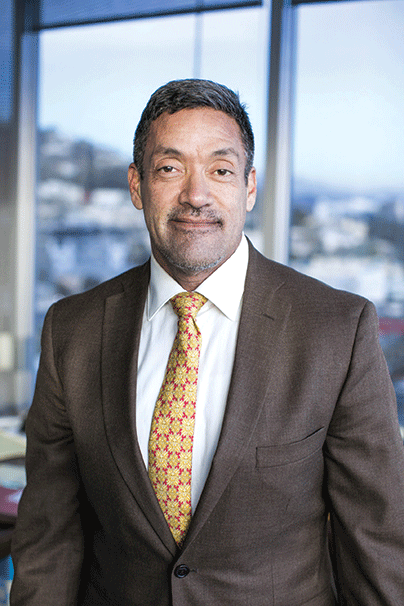 Duran, 60, has served five previous terms on the West Hollywood City Council. He said the challenges of COVID-19 and the ensuing economic problems made him want to run again.

“I think that right now, the city really needs experienced leadership to get us through some really difficult times. I was on the council when 9/11 happened and on the council through the Great Recession of 2008, so I have a little experience of what to do in challenging economic times. I’ve done that twice before,” he said.

Duran added that the city is well-situated to weather the current storm, and he’d also like to see more of his long-term projects come to fruition, such as the AIDS Monument and the creation of a theater district in the city. 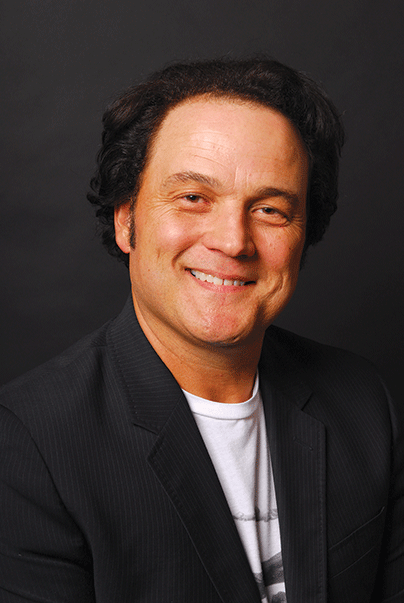 Jerome Cleary, 58, is a marketing consultant and has served on the city’s Gay and Lesbian Advisory Board. He also interviews community mem­bers on his local cable tele­vision shows. He also regularly speaks during the public comment portion of City Council meetings.

Cleary ran for City Council four times previously, but this is the first election he’s competed in since 2005.

“It’s gotten worse in the last 15 years, overdevelopment, residents wanting new blood and new voices on the City Council, so I am running again,” Cleary said.

He added that his focus would be on crime, homelessness and creating activities for visitors and residents beyond visiting local restaurants and bars. 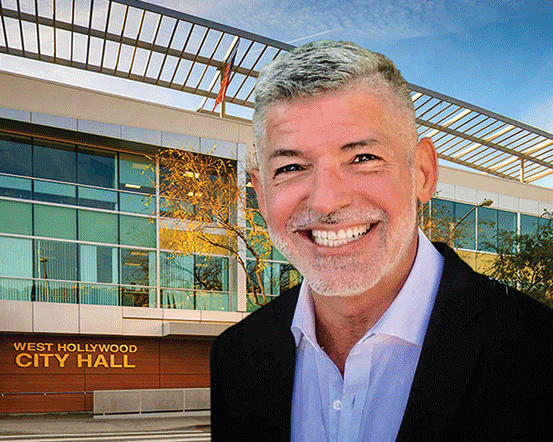 Marco Colantonio, 57, is running for the first time. A licensed realtor, general contractor, prop­erty manager and the founder and former publisher of WeHo Times, Colantonio said he’s “been very involved in the community and the political process for 15 years.” He served on the Disability Advisory Board and works with the city’s Social Services Division.

Colantonio said he would bring empathy, as well as a fresh perspective that the incumbents lack.

“I am a huge admirer of John Heilman, but I think John Heilman and John Duran have become out of touch with quality-of-life issues affecting middle-class residents … and small business owners. That’s an inevitability of spending 20 or 40 years in elected office,” Colantonio said.

His priorities include economic recovery, which funds the city’s essential services, and adding outreach to the homeless. 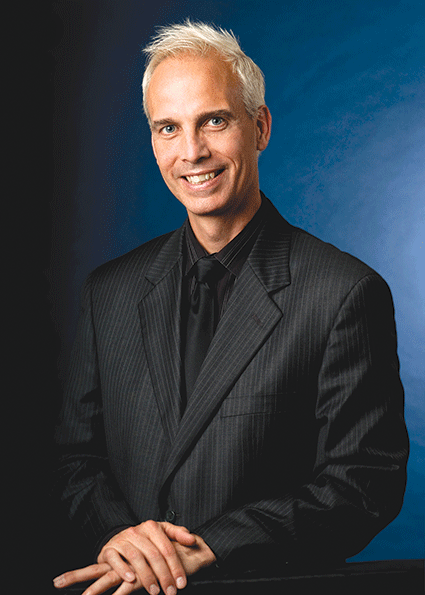 John Heilman (photo courtesy of the city of West Hollywood)

Heilman, 63, has served on the City Council since West Hollywood’s founding in 1984, with the exception of a three-month period in 2015.

Heilman, a law school professor, wanted to run again because he loves the city and thinks “my experience is really important right now, given the impact of the pandemic.”

Heilman said “experience and stability really are important for the community,” and the current leadership has the city in a strong and successful place.

“The three big priorities are one, helping the residents who have been impacted by the pandemic. It’s my No. 1 priority and I hope it’s everyone’s priority. Two, helping the business community and avoiding the economic downfall. And three, bringing rail to West Hollywood,” Heilman added. 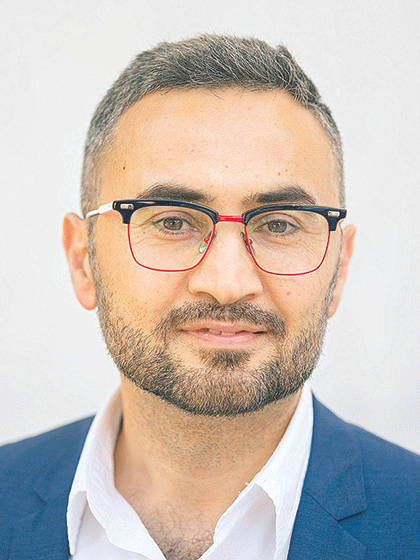 Mark Farhad Yusupov, 51, is running for council for the first time. A native of the former USSR, he chairs the city’s Russian Advisory Board and also serves as president of the HOA of his condominium building.

Yusupov said he wants to take the skills and experience he’s gained through the HOA and Russian Advisory Board and “make life better, not just for yourself but for everyone.”

If elected, his biggest priority will be economic recovery for local businesses. Yusupov said the city could help small-business owners find financial help and mediate negotiations between landlords and tenants.

“I think both sides are grappling with the question of how this will be handled after [the eviction moratoriums end], and I think that’s where the city can step up and provide advice and guidance,” he said. 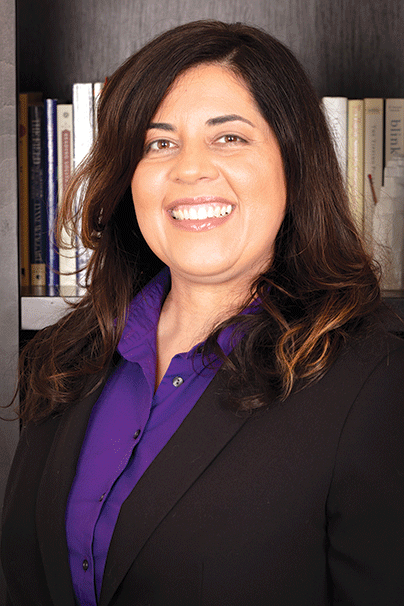 Sepi Shyne, 43, nearly unseated Councilman John D’Amico in the 2019 council race. A lawyer and small-business owner, Shyne said she is running to help prevent the “growing economic displacement” that has hurt small businesses and the middle class. Shyne has served on the city’s Lesbian and Gay Advisory Board and is a Business License Commissioner.

“I felt called to service to be an advocate for the people and was so inspired by the November 2018 women’s wave. For the first time, I saw so many diverse candidates get elected to office and realized I can serve too,” she said.

An 11th candidate, Tom Demille, who has run as a candidate in multiple previous City Council races, planned to run again this year, but will not due to an issue with his paperwork.

This article was updated at 2:54 p.m. on Aug. 27 to reflect that Larry Block is a former, not current, member of the Disabilities Advisory Board.