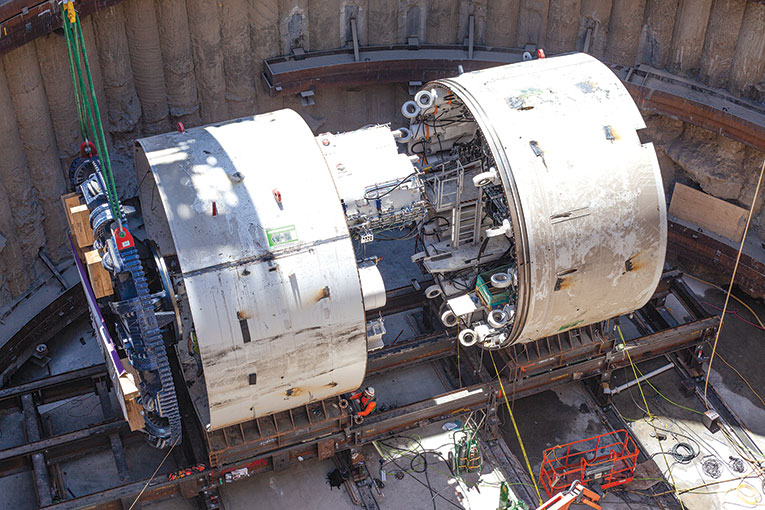 he first of two tunneling machines that will excavate the final section of the Purple Line Extension subway project is currently being assembled. (photo courtesy of Metro)

Metro has announced the selected entries for the Purple Line Extension Section 3 Tunnel Boring Machine Art and Naming Contest, and is asking the public to vote on the finalists through Aug. 31.

The two machines will dig the final tunnels on the western section of the Purple Line Extension project between West Los Angeles and Century City. The first tunneling machine is currently being assembled at the West Los Angeles Veterans Administration Hospital Campus at the western end of the new line. The second TBM will be assembled this fall.

The art contest finalists were selected by Metro’s Community Relations Team. The names and artwork were chosen based on originality and community significance.

To view the artworks and vote, visit thesource.metro.net/2020/08/17/vote-for-tunnel-boring-machine-artwork-and-names-for-purple-d-line-extension-section-3.

WeHo urges residents to be counted in the U.S. census