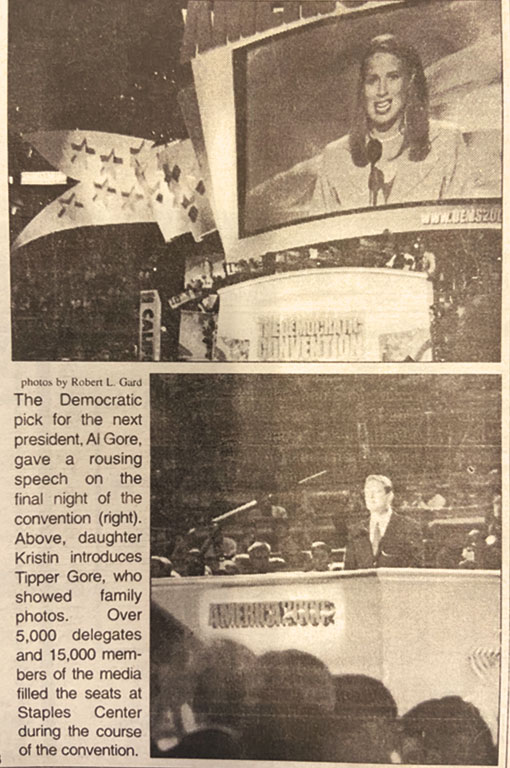 The Aug. 24, 2000, issue of the Park Labrea News and Beverly Press covered the 2000 Democratic National Convention, which was held at Staples Center in downtown Los Angeles. More than 5,000 delegates and 15,000 members of the media converged on the city for the event. Then-Vice President Al Gore was nominated as the Democratic presidential candidate, and Sen. Joe Lieberman (D-Conn.) was nominated as the vice presidential candidate. Photographs show Kristin Gore making introductions, and her father during his acceptance speech on the final night of the convention. It marked the second time Los Angeles hosted the Democratic National Convention, following the first in 1960, when Sen. John F. Kennedy was nominated for president. The 2020 Democratic National Convention is currently underway in Milwaukee, Wisconsin, and concludes tonight, Aug. 20.