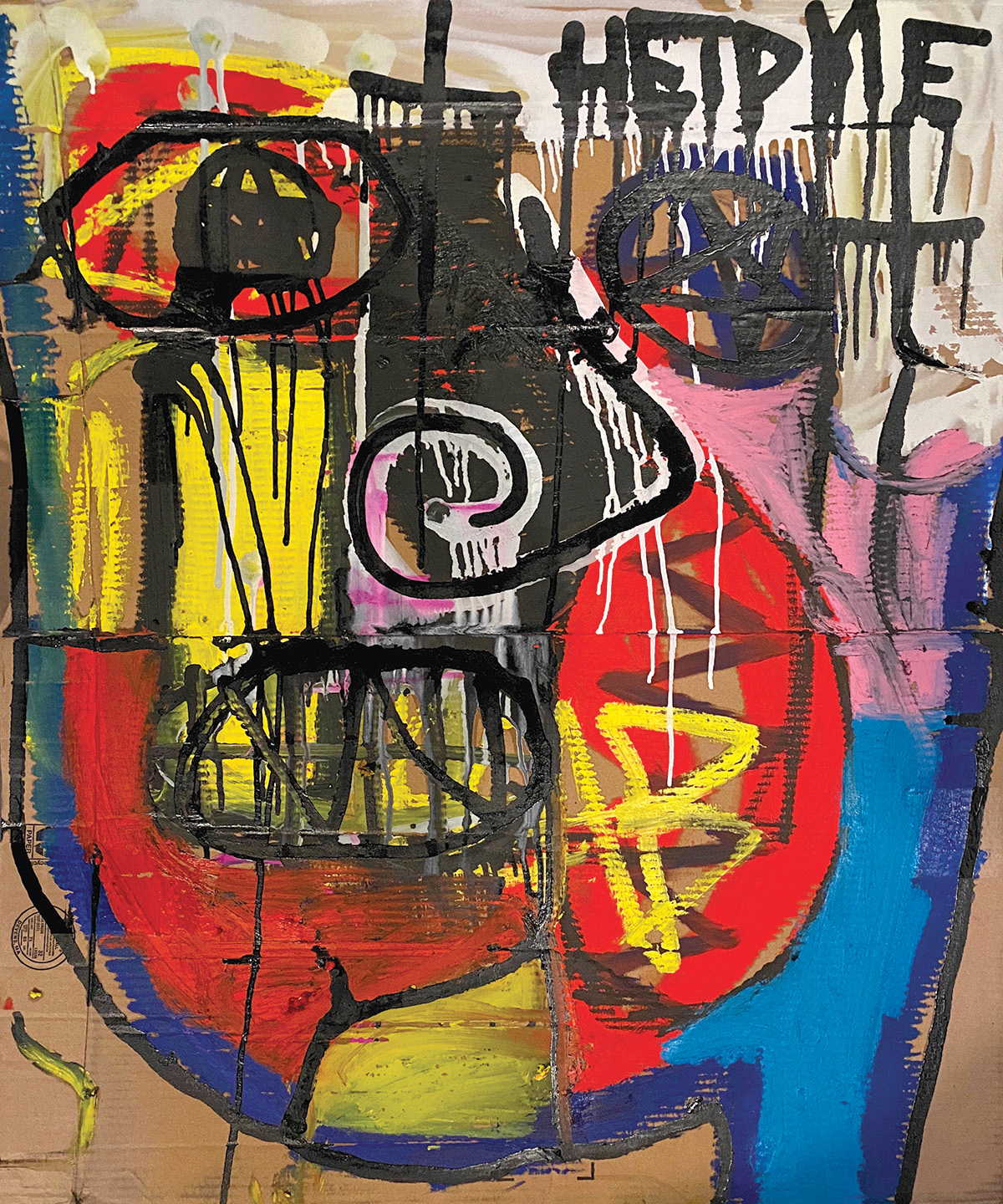 Tex Hammond’s “Help Me” was inspired by various media from graffiti to video games and music. (photo courtesy of Hijinx)

Titmouse Animation Studios will transform its parking lot into a drive-thru art show titled “Splinter” which will feature 13-year-old Tex Hammond on Aug. 15 from 4-7 p.m.

“Splinter” will showcase 20 new large-scale conceptual portraits made on reclaimed wood, laid out in an immersive guided-audio art experience.

Hammond will be doing live art through the day and finish a massive new mural by the end of the day. Entry is free with RSVP.

“Splinter” will be Hammond’s third solo show. His work often shows a sense of freestyle and often blends elements of artist icons such as Basquiat and Haring.

Proceeds from the art show will benefit Black Voters Matter, an organization dedicated to restoring and safeguarding democracy for Black people.

Much of the show is dedicated to the Black Lives Matter movement as much as it is a benefit for Black Voters Matter. Each of the wooden panels used in the show were used to board up a business during protests in the city at the end of May.