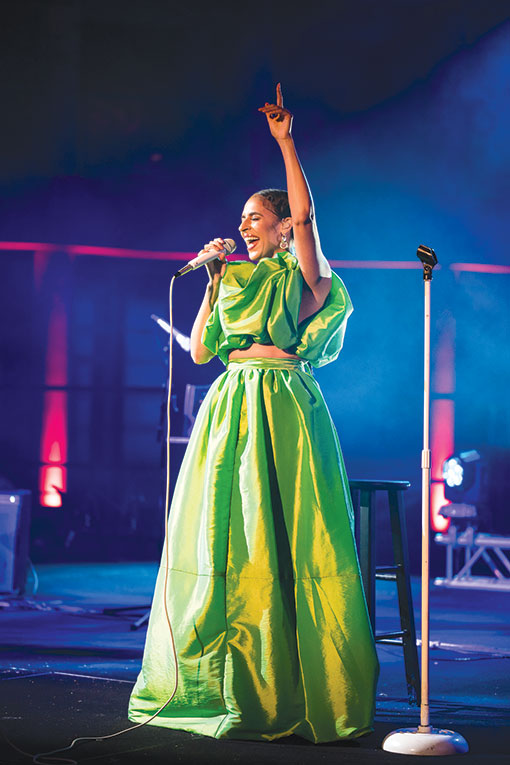 Known for her soul-driven pop and commanding vocals, Turek takes the stage in a spectator-free Taper Courtyard on the Skirball’s hillside campus in Los Angeles. She will perform favorites and new tracks from her debut album.

In their hometown of Seoul, Ak Dan Gwang Chil will perform sacred, shamanic and secular music and minyo (folk song) traditions of the Hwanghae-do region, now a part of North Korea.

“Skirball Stages: Gavin Turek and Ak Dan Gwang Chil” also takes viewers behind the scenes with the artists for a look at their musical processes, aspirations and hopes for the future. In exclusive interviews, the artists and musicians will reflect upon the power of music to connect across cultures, honor generations and inspire perseverance through challenging times.

“For the past 23 summers, this time of year is marked by our popular Sunset Concerts series, but these extraordinary times compelled us to reimagine the experience and recommit ourselves to building community nonetheless,” Skirball President and CEO Jessie Kornberg said. “The COVID-19 pandemic has not only restricted performance before a live audience, but it has had a disproportionately harsh impact on performing artists worldwide. With Skirball Stages, we are proud to honor our commitment to ADG7 – who had been scheduled to kick off Sunset Concerts 2020 before coronavirus made international travel and large gatherings unsafe – and pair the band with Gavin Turek, a member of the local music scene that we have sought to keep working and creating despite the pandemic.”

The concert is co-sponsored by the Korean Cultural Center, Los Angeles.

To complement the viewing experience, “Skirball Suppers”  are available on Aug. 29. Pre-order and pick up a three-course Korean -inspired meal. Visit skirball.org/programs/food/skirball-suppers.

The performance will be available on demand through Nov. 29 on the Skirball’s YouTube channel. To RSVP, visit skirball.org/programs/virtual-concert/skirball-stages-gavin-turek-and-adg7.