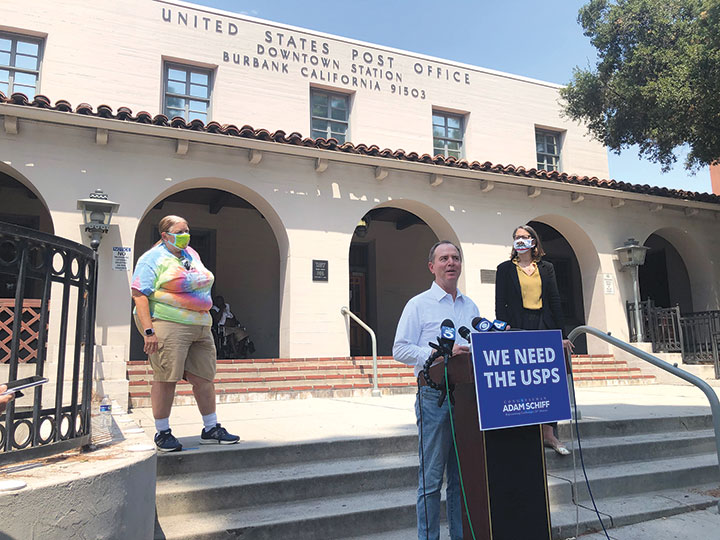 DeJoy announced on Aug. 18 that the changes would not be implemented until after the Nov. 3 election. Twenty states have sued the federal government over the changes.

“At this moment, we’re seeing a fierce and deliberate attack on the postal service from the president of the United States and his Postmaster General Louis DeJoy. The postmaster general has ordered sweeping new restrictions limiting overtime, removing sorting machines and removing collection boxes that are resulting in far worse service for Americans, sometimes disastrously so,” Schiff said. “DeJoy announced he is suspending these initiatives until after the election, a direct result of the public pressure. This is welcome news, and shows that public activism and Congressional oversight work, even when Trump and his lackeys are shameless. But we have a ways to go, because these policies need to be reversed, not just suspended.”

Schiff shared stories from constituents, including veterans and small business owners, who have been negatively impacted by mail delivery delays. Schiff’s office has recently received over 4,000 emails and calls about the changes at the USPS. For information, visit schiff.house.gov.