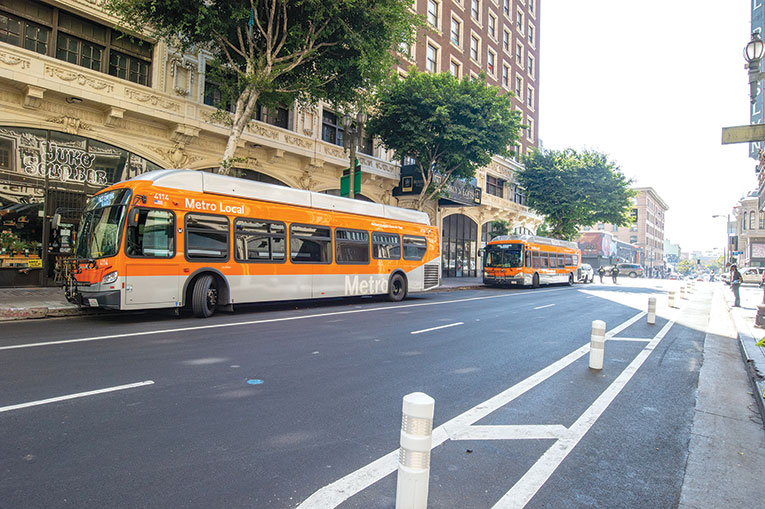 “Coming back stronger from COVID-19 means investing in the core pillars of a healthier, more equitable and more prosperous Los Angeles,” Garcetti said. “The public health crisis is our number one priority right now, but that work hasn’t stopped us from getting back to the basics, and the Fifth and Sixth Street Improvements Project shows us moving full speed ahead on major upgrades to our streets and greater sustainability in the heart of our city.”

The project improvements are located along Fifth and Sixth streets between Flower Street and Central Avenue. They include dedicated bus lanes to enhance service and efficiency for transit users; protected bike lanes enabling safer east-west travel; and improved road surfaces and restriped lanes.

Fifth and Sixth streets are listed as priority corridors in the Metro NextGen Bus Plan as roads that would benefit most from bus speed improvements based on congestion and ridership metrics. Combined, the two corridors are currently used by 150 buses per hour.

“These dedicated bus and bike lanes will become a real game changer for the region and for the way Metro serves the downtown area,” Metro CEO Phillip A. Washington said. “We expect bus speeds to improve up to 30% and greatly enhance the customer experience through better reliability.”