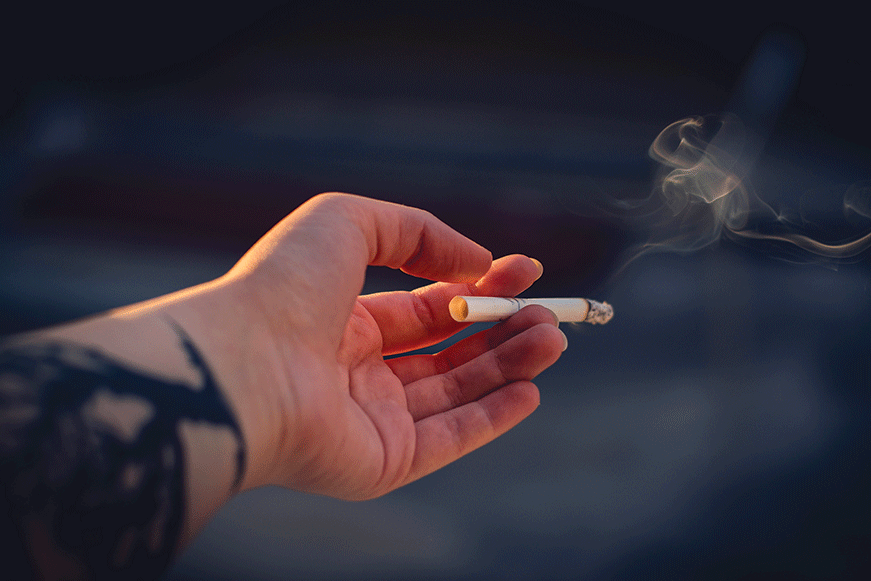 While marijuana use will be allowed in multi-family units in West Hollywood, tobacco use will be banned. (photo by Irina Iriser/courtesy of Unsplash)

In three months, tobacco smokers looking to move into a condominium or apartment unit in West Hollywood will not have the luxury to light up within their own home. However, marijuana smokers and those who use vapes will still have the freedom to smoke in their residence.

The decision to amend the West Hollywood Municipal Code to prohibit smoking within newly built or newly leased units within multi-family dwellings, as well as in common areas, was unanimously passed by the City Council on Aug. 17. The ordinance, which also prohibits smoking in any park or within 5 feet of any parklet, will go into effect 90 days after the 5-0 vote.

“We’ve reaffirmed that a violation of this provision is not grounds for eviction, but it is grounds for an administrative citation for violating the provision,” Mayor Pro Tempore John Heilman said.

The council, which pledged to decide on the specifics of the fines before the ordinance goes into effect, stopped short of requiring a registration program that would have designated units’ smoking status. In anticipation of further strengthening its no-smoking policy, staff will be conducting a survey in the upcoming year about making all condominium and apartment units smoke-free. According to the Aug. 17 staff report, approximately 87.6% of dwelling units in the city of West Hollywood are located in multi-family dwellings.

“West Hollywood has a strong history of advocating for the health and welfare of its residents. Similarly, the city has long advocated that people should be able to live the life they choose in the privacy of their own homes without government intrusion provided that those activities are not interfering with others’ peaceful enjoyment of their homes,” stated the staff report.

A 2020 State of Tobacco Control Report published by the American Lung Association gave the city an “F” grade on its smoke-free housing policies.

In anticipation of the vote, more than two dozen people submitted digital comments and 16 people spoke during public comment to express their concerns. The discussion marked a continuation of the public hearing that was opened on Aug. 3, and many used their two-minute speaking opportunity to urge the council to exempt marijuana from the ordinance.

“This is government coming into the living room,” said West Hollywood resident Jason Beck, who urged the council to totally reject the ban.

In continuing discussion, the council had requested that the city attorney conduct further research as to whether the city could exempt medical cannabis smoking from the proposed ordinance to prohibit smoking in multi-family dwellings. The city has consistently supported access to medical marijuana.

The majority of speakers during public comment urged the council to ban smoking, with several advocating that all forms of smoking be banned.

“You’re allowing the minority smoking population to hold hostage the majority population of nonsmokers and forcing them to be exposed to secondhand smoke in their own homes,” West Hollywood resident Rob Bergstein said.

West Hollywood resident Ashley Popichak bemoaned being made to feel hostage by a neighbor who smoked cigarettes near her apartment, the fumes from which come through her window and air conditioning.

“It leaves me feeling powerless, especially during a time when we are stuck in quarantine and I’m home almost 24/7,” she said.

“Secondhand marijuana smoke contains many of the same harmful and cancer-causing substances as secondhand tobacco smoke,” said Patrick Fu, who spoke on behalf of Korean American Family Services. “We hope the council considers a solution that protects the health of its constituents, particularly those that are most vulnerable to the effects of all forms of secondhand smoke.”

Mayor Lindsey Horvath voiced her disappointment that there wasn’t a discussion by council about helping people who were being impacted by secondhand smoke. The council voted 3-2 in favor of excluding vaping and marijuana from the ordinance, with Horvath and Heilman voting no. Duran asked for a straight yes or no vote on his motion.

“Eighty-three percent of our people a few years ago voted to legalize cannabis. They’re West Hollywood residents that believe in individual liberty, believe in personal privacy, believe in people being left alone to live the good life that they choose,” said City Councilman John Duran.