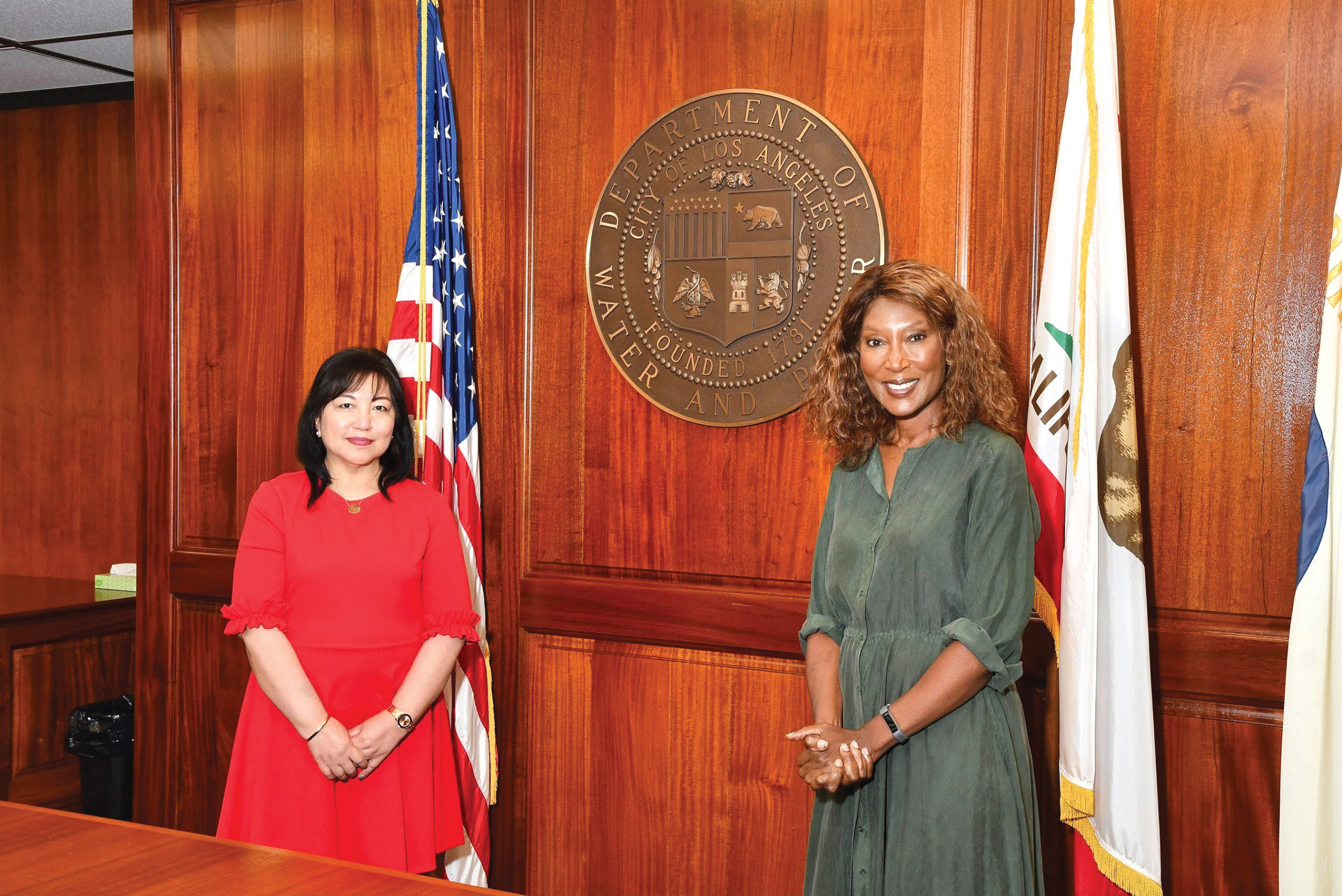 Susana Reyes, left, was elected vice president and Cynthia McClain-Hill was elected president of the L.A. Board of Water and Power Commissioners. (photo courtesy of LADWP)

On July 28, attorney and public-policy strategist Cynthia McClain-Hill was elected as president of the Board of Water and Power Commissioners, and Commissioner Susana Reyes, a retired LADWP customer service director for low-income programs and sustainability advisor to Mayor Eric Garcetti, was elected the board’s vice president.

McClain-Hill replaces former U.S. Rep. Mel Levine, who has served as board president since 2013 – the longest-running term of any Board of Water and Power Commission president. Levine nominated both for their respective positions, which were approved by the board.

An advocate for racial and environmental justice with an outstanding record of service in the public and nonprofit sectors, McClain-Hill has served as vice president of the LADWP board since Sept. 5, 2018. She was appointed to the board by Garcetti and confirmed by the City Council on Aug. 15, 2018.

“From the Police Commission to the DWP, Cynthia McClain-Hill has been unafraid to tackle our toughest challenges, giving her time, energy, resolve and experience to the cause of a fairer, safer, more equitable Los Angeles,” Garcetti said. “As we endure and emerge from the COVID-19 crisis, I have no doubt that Cynthia will continue the bold and thoughtful leadership of Mel Levine as LADWP board president, and help us push forward on the path to healthier communities and a more sustainable city.”

“This is a time of unprecedented challenges, as we work to build a stronger Los Angeles by achieving our goals for clean, reliable and sustainable water and energy in the midst of an international pandemic, financial crisis and urgent cries for racial justice and equity in our city,” McClain-Hill said. “I am confident that working together, LADWP can surmount these challenges and come out a stronger, more inclusive organization that provides equity and fairness for our customers, communities and employees in everything we do.”

Reyes was appointed to the Board of Water and Power Commissioners by Garcetti and confirmed by the City Council on June 5, 2019. Reyes is the first Filipino-American and also the first LADWP retiree to sit on the board. She previously served as the director of LADWP’s Low-Income Customer Access, a position that helped ensure low-income ratepayers could access financial assistance, discounts and rebates offered by the utility.

“I envision opportunities for innovative and bold solutions for LADWP to serve the public more reliably, safely and equitably and in new ways that will transform its culture and capacity for change,” Reyes said.