Hollywood & Highland center to be redesigned 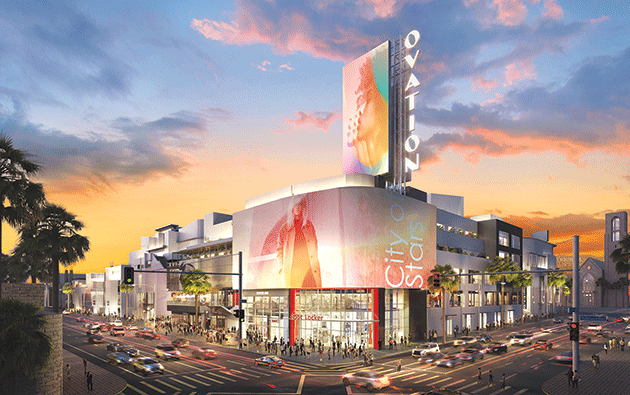 The new Ovation Hollywood will have an updated exterior design and many other changes. (rendering courtesy of Athena Sobhan)

The updates to the shopping destination will reflect the modern global city in which it is located, according to a press release by Gaw Capital USA and DJM.

“Hollywood is as much an idea as it is a place,” said Stenn Parton, chief retail officer for DJM. “The idea of Hollywood is optimism – dreams and ambitions feel more tangible when you’re here. Our reimagining of Hollywood & Highland into Ovation Hollywood is about creating a place that captures this idea.”

“Since 1995 and renovation of the Hollywood Roosevelt, we have been proudly embedded in the Hollywood community,” said Goodwin Gaw, chairman and managing principal of Gaw Capital Partners. “Over the years, I have developed a profound appreciation for Hollywood, its history, symbolism and potential. Those sentiments are uniquely reflected in the Ovation project. We are honored to offer the Hollywood community and visitors that make this city so special a glimpse of what is to come at Ovation.”