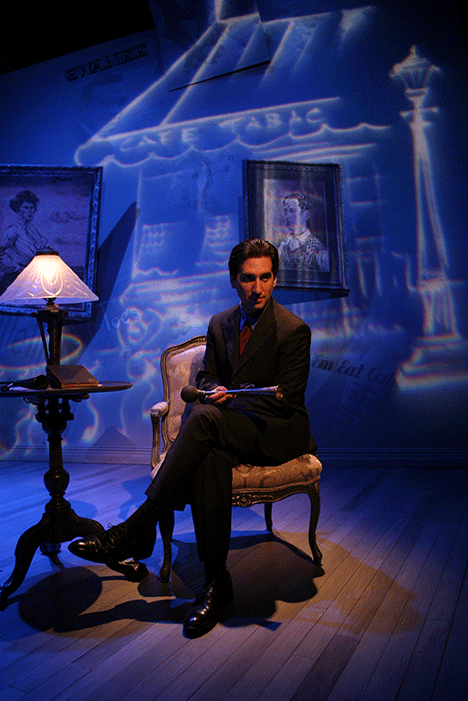 “George Gershwin Alone,” which has had over 3,000 performances worldwide, including Broadway, London’s West End and Los Angeles, tells the story of America’s great composer, who with the groundbreaking “Rhapsody in Blue” made a “Lady out of Jazz.” The show incorporates the composer’s best-known songs through the hits of “An American In Paris” and “Porgy and Bess,” to a complete performance of “Rhapsody in Blue.”

Gershwin, who was born in 1898 to Russian-Jewish immigrant parents in Brooklyn and died of an undiagnosed brain tumor at the age of 38 in 1937, never knew how famous and beloved he and his work would become. He wrote more than 1,000 songs for the stage and screen as well as works for the opera house and the symphony orchestra. Together, he and his brother Ira wrote an array of notable compositions, including “The Man I Love,” “Embraceable You,” “’S Wonderful” and “They Can’t Take That Away from Me.” His groundbreaking opera, “Porgy and Bess,” is now considered an American classic.

Felder, who wrote and stars in the one-man show, deftly perfoms on the piano while powerfuly bringing Gershwin’s story to life.

The production is directed by Stefano de Carli and Felder, adapted from the stage play directed by Joel Zwick. ­­­­Tickets are $55 per household for viewing on Smart TV, computer, smartphone or tablet. Purchase includes the live stream and a week of extended “on-demand” viewing access to the recording of the live broadcast (available one-hour after the live broadcast ends). Tickets cannot be transferred or shared. For information, visit thewallis.org/gershwin.

The Broa­­­d Stage poetry hour is tonight at 6 p.m.