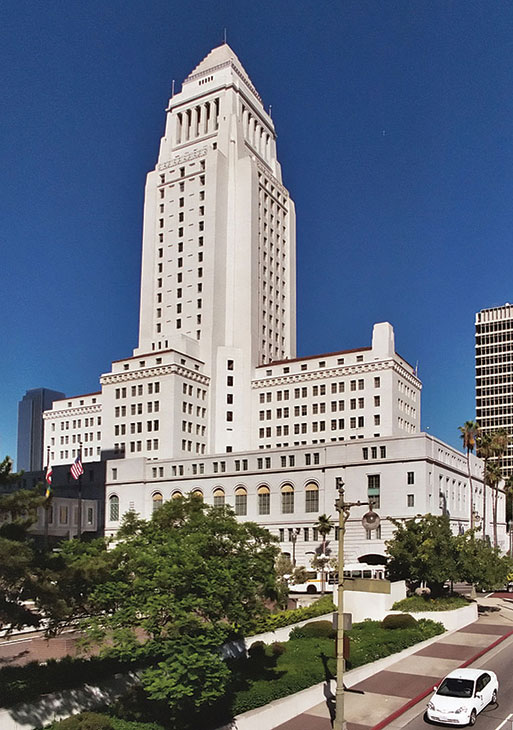 The charges against Councilman Jose Huizar are part of a federal probe into corruption in Los Angeles City Hall. (photo courtesy of Wikimedia Commons)

A federal grand jury returned a 34-count indictment against Los Angeles City Councilman Jose Huizar on July 30 alleging that he gave favorable treatment to developers in exchange for bribes that enriched him and co-conspirators.

The indictment incorporates the allegations made in a federal criminal complaint made public last month that charged Huizar, 51, of Boyle Heights, with one count of conspiracy to violate the Racketeer Influenced and Corrupt Organizations Act. The indictment alleges 402 criminal acts that Huizar and his co-conspirators committed including bribery, honest services fraud and money laundering.

Since 2005, Huizar has represented the 14th Council District in downtown Los Angeles and surrounding communities. He was formerly chair of the council’s Planning and Land Use Management Committee, which the FBI and federal prosecutors allege placed him in a position to use his influence to have projects approved.

Huizar was removed from the PLUM Committee after the FBI executed search warrants at his city offices and personal residence in November 2018. During a search of his home, agents seized approximately $129,000 in cash that the councilman allegedly received from a Chinese billionaire and another business person seeking favors, according to the indictment.

In total, Huizar is accused of allegedly accepting $1.5 million in illicit financial benefits. He remains on the City Council but is not participating in meetings while court proceedings are occurring. Numerous City Council members have called for him to resign, including Councilman David Ryu, 4th District, who is spearheading efforts to create a new city office that will serve as an inspector general overseeing land-use decisions.

The charges against Huizar also prompted the AIDS Healthcare Foundation to file a lawsuit seeking to block any projects connected with the case that were previously approved.

Huizar is the fifth person to be charged in the ongoing corruption investigation being conducted by the FBI and the U.S. Attorney’s Office. Four defendants, including Huizar’s former special assistant George Esparza, real estate development consultant George Chiang and Justin Jangwoo Kim, a Huizar fundraiser who admitted to facilitating bribes, have pleaded guilty and are scheduled to be sentenced in February. Esparza, Chiang and Kim are cooperating with the ongoing investigation. An additional defendant, former Los Angeles City Councilman Mitchell Englander, pleaded guilty on July 7 to charges of scheming to falsify material facts related to trips he took to Las Vegas and Palm Springs that were funded by a businessperson. Sentencing for Englander, who represented the 12th District, is scheduled for Dec. 7.