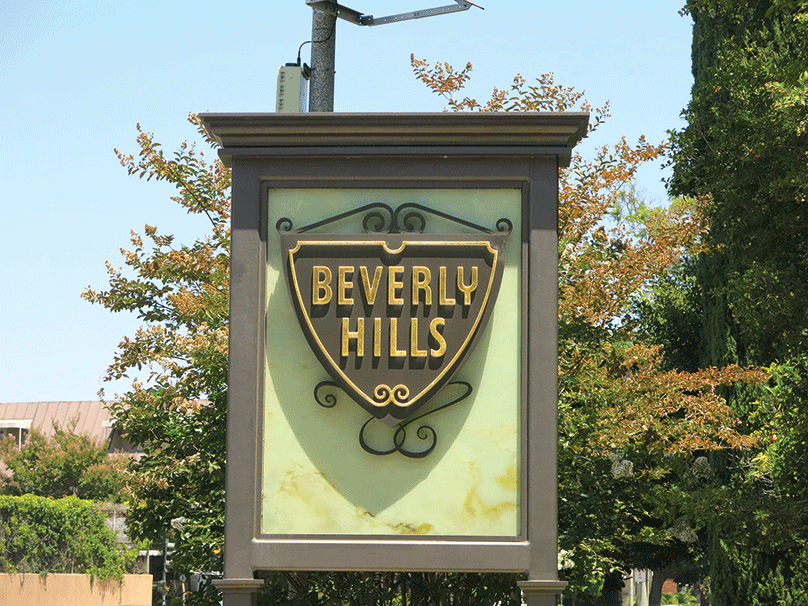 Beverly Hills is leading the charge on amending Senate Bill 970, which changes the date of its next City Council election from March 2022 to June 7, 2022. The city is one of six in Los Angeles County which could potentially operate without a City Council quorum for several months if certain issues related to the bill are not addressed.

The bill, which changes the date of the statewide direct primary to the first Tuesday after the first Monday in June in even-numbered years in which there is no presidential election, passed the State Assembly on Aug. 24 with just four no votes.

Beverly Hills Policy and Management Analyst Cindy Owens said the city had just learned about the bill’s provisions on Aug. 7.

“We’re actually the first city that’s leading the charge on this,” she said, noting that the city’s next step will be to send a letter asking Gov. Gavin Newsom to veto the bill. “Given that there’s a lot of pressure from Congress to get this passed, the likelihood of the governor vetoing is pretty low.”

An Aug. 9 letter authored by City Manager George Chavez, which the City Council ratified at its Aug. 18 meeting, asked that the State Senate amend the bill to allow cities to extend City Council terms beyond the current 12-month statutory limit until the June 2022 election can be certified and the installation of the elected officials can occur.

“Arguably, without this amendment, the city of Beverly Hills will lack a quorum of its City Council beginning in March 2022 as the city is unable to extend the (terms of) the three current City Council members who are up for reelection,” Chavez wrote to state Sen. Tom Umberg (D-Santa Ana), the bill’s author.

Beverly Hills Mayor Lester Friedman, Vice Mayor Bob Wunderlich and Councilman John Mirisch are unable to have their terms extended beyond March 2022 under current law. Pursuant to Elections Code Section 10403.5(b), no term of office may be increased or decreased by more than 12 months as a result of an ordinance consolidating elections.

In 2017, the Beverly Hills City Council voted to extend the terms of all five members by one year to meet the requirements of Senate Bill 415, also known as the California Voter Participation Rights Act, which required cities to align their elections with either the state primary elections or the general election in November of even numbered years in an effort to increase voter turnout. In September 2017, then-Gov. Jerry Brown signed Senate Bill 568, which moved the state’s June election in even numbered years to March. Prior to these two bills, Beverly Hills held elections in March of odd-numbered years.

In the absence of Newsom vetoing the bill, Owens said she was hopeful that a legislator would take up the issue and introduce the fix in the beginning of the next session, either at the end of December or in January. In addition to using its lobbyists in Sacramento to help sway members of the Assembly and state Senate to take up the cause, Owens said the city is also in contact with the League of California Cities and plans to reach out to the California Contract Cities Association to further engage on the city’s behalf. The city is also taking various other actions to gain support, including reaching out to its two representatives – state Sen. Ben Allen (D-Santa Monica) and Assemblyman Richard Bloom (D-Santa Monica).

When SB 970 was first introduced in February, it entered the floor under the guise of a minor bill that would implement gender neutral pronouns on the affidavit of registration for voters by replacing “his/her” and “he/she.” In March, the bill’s original content was removed and replaced with language that dealt specifically with moving the election date. In May, the bill was further amended to specify that redistricting commissions needed additional time to draw new district lines as a result of the delay in receiving data from the United States Census Bureau. Due to COVID-19, the census deadline was extended from July 31 until Sept. 30.

“This happens all the time in Sacramento, and our City Council would like that practice of ‘gut and amend’ in Sacramento to stop,” Owens said.

At the Aug. 18 council meeting, the Beverly Hills City Council was united in its position to advocate to extend member terms for the additional time it would take to have and certify the June 2022 election.

“It makes no sense that we would only have two council members for three months. That’s just crazy,” Councilman Julian Gold said.

While the City Council has previously appointed people to serve in an elected council member’s stead, such as in 2016 when Kathy Reims was appointed to replace the vacant seat left by Councilman Willie Brien for 10 months, no consideration was given to exploring a similar possibility.