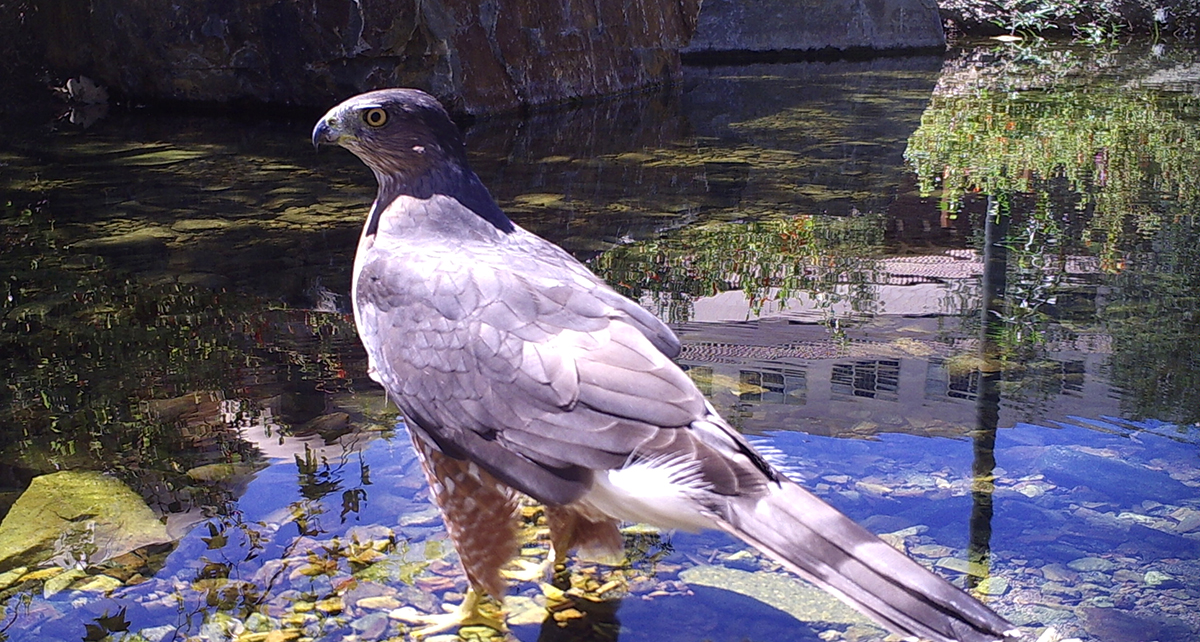 A Cooper’s Hawk, which is one of the key species of birds included in the research findings, has adapted to city life. (photo courtesy of NHMLAC)

A new study published in “Frontiers in Ecology and Evolution” leverages community science to better understand how bird species react and adapt to urbanization in Los Angeles and its surrounding natural areas.

The study was conducted by a team of scientists from the Natural History Museums of Los Angeles County and the University of California, Los Angeles. Researchers presented an analysis of life history and behavioral traits associated with urbanization for 53 breeding bird species on 173 blocks in L.A. using community data from “LA Breeding Bird Atlas” in 1995-99 and surveys from eBird, a platform hosted by the Cornell Lab of Ornithology, in 2012-16.

Results included insights about traits and nesting behaviors of some of the region’s most iconic birds as species survive and potentially thrive within a megacity environment.

“Living in the most populous area of the United States, Angelenos have a lot of neighbors, and this includes birds,” said Allison Shultz, assistant curator of ornithology at NHMLAC and a member of the research  team. “By gathering and examining valuable crowd-sourced data across periods of times, we learn about how urban experiences change the ways birds live, function and adapt.”

Research team members used observational data and an estimate of urban land coverage in each block to develop an index of urban association, and then modeled the relationship between species occurrence and eight traits likely associated with urban tolerance.

The eight traits that researchers examined include body mass, nest height, ground foraging, migratory status, natural cavity nesting, artificial structure nesting, habitat breadth and diet breadth. Researchers found that two traits were associated with urbanization, and that both of those traits had to do with nesting behavior.

The paper, “Temporally separated data sets reveal similar traits of birds persisting in a U.S. megacity,” concludes that as urbanization continues, there must be reflection on ways to define success in urban areas.

Cities may be considered successful if they include built features that can support a high diversity of species, some of which would have occurred prior to urbanization. But cities must also create areas safe for the least-adaptable species to live within growing urban areas, according to researchers.

“The greatest thing about community science is that just about anyone can participate one way or another, and even the smallest local contributions have big relevance on the grand scale of understanding ecology, evolution and our changing world,” Shultz said in a press release regarding the findings.

“We hope this study may inspire people to get to know their avian neighbors better, and consider how community science can connect nature-loving individuals to meaningful large-scale endeavors that yield new knowledge about our changing world,” Shultz added.