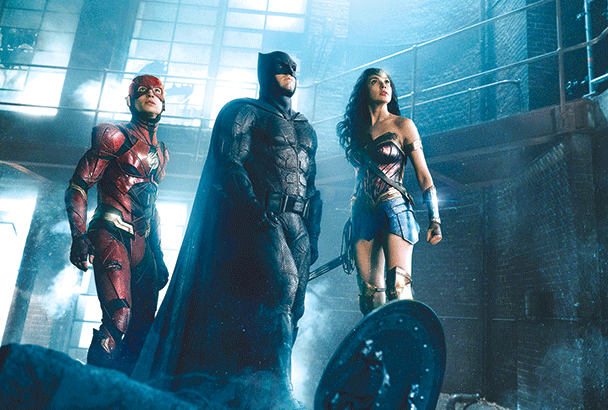 “Hallelujah” is an iconic song. Catchy melody and poetic lyrics coalesce in an audible experience worth reliving amidst evolving circumstances. One problem: the original version by Leonard Cohen is severely dated, painful to endure beyond posterity. It went unnoticed upon release in 1984, only resurfacing once other performers took a stab at it.

Recently, he used it in a trailer for what’s dubbed “the Snyder cut” of 2017’s “Justice League,” the DC superhero flop whose critical and box office failure preceded various canceled movie plans, projects in limbo and franchise exits from A-listers Henry Cavill and Ben Affleck (though he’s returning for a spell).

Why does any of this matter? For those unfamiliar with the story, “Justice League’s” production history was a mess. Following “Batman v Superman: Dawn of Justice’s” inability to meet box office projections, producers for “Justice League,” previously planned as a two-part story, invited reporters on set to instill confidence in the film and the future of DC on the big screen.

Then tragedy befell Snyder prompting an early exit from production. “Avengers” director Joss Whedon replaced him, bringing an unknown number of reshoots and revisions into the mix during post-production. Various Snyderbros, a digital cabal of the contemporary auteur’s apologists, fault Whedon for the film’s shortcomings, along with studio interference. Add to that accusations by Fisher that both Whedon and execs permitted a hostile environment.

“Joss Whedon’s on-set treatment of the cast and crew of Justice League was gross, abusive, unprofessional and completely unacceptable,” Fisher said in a tweet July 1. “He was enabled, in many ways, by Geoff Johns and Jon Berg.”

This came 12 days after an official announcement that the Snyder cut would stream sometime in 2021. That green light is a major win for Snyder after a couple years denouncing what reached the viewing public. Even Affleck and “Wonder Woman’s” Gal Godot threw in their support per social media in November 2019 for a new release of what had become Hollywood myth, a golden goose buried in a Warner Bros. vault.

Back to Cohen, whose popular melody lies at the heart of this story. Snyder first used “Hallelujah” in 2009’s “Watchmen” during a sex scene. In a dystopian 1980s America where vigilantism is illegal, two former superheroes suit up once more and save folks from a burning building. Riding the rush of their heroic act, they get frisky in a small aircraft hovering in place above the city. Cue Cohen.

It also coded the scene in a peculiar way. Since that song found fame years later, it doesn’t really represent the ‘80s. In lieu of authentic homage, pastiche results, much like many of the excessive visuals throughout the film, which became a point of contention amongst critics who saw “Watchmen” as somehow faithful to the source’s story, panel by panel, while stripping away the intended tone.

Ever since “Watchmen’s” mixed reactions, Snyder‘s fandom began to split. And following “BvS” – which gave the world “Sad Affleck,” a viral video circulating of Affleck seemingly unable to hold back a sad face when asked about the film’s poor reception – Snyder occasionally went on the attack. During a Q&A after a special screening, he rejected criticism that Batman shouldn’t, nor wouldn’t, kill – a cardinal rule of the character rarely broken since his inception in 1939. “Wake the f— up,” he said in response.

He stands by his creative choices, from murderous superheroes (Superman snaps a neck in “Man of Steel”) to “BvS’s” Martha moment (it’s a thing, look it up). Cohen’s “Hallelujah” accentuates this point. For better or worse, that song in the Snyder cut trailer is a middle finger to critics. He trolls the haters with each hokey verse for just over two minutes, no other sound effects or dialogue until two lines at the end. Only Cohen and Co. complement Superman, Batman, Wonder Woman, Cyborg, Aquaman and the Flash. It’s hardly riveting, but it’s loaded with meaning.

As for the chances Snyder’s cut will fix the film – that’s easier to guess. To start, deciphering Whedon v Snyder content is mere speculation (and it’s all hardly worth dissecting, anyway). Snyder still directed the vast majority, while Whedon’s contributions earned him a writer’s credit. That said, the Snyder cut will run four hours with options to experience it in four, hour-long parts or as an elongated whole – including none of Whedon’s influence. If it feels like Snyder’s other extended versions of “Watchmen” or “Batman v Superman,” each more informative and cohesive but hardly masterpieces, then Cohen’s mediocre “Hallelujah” is a fortuitous choice: expect posterity and little else.