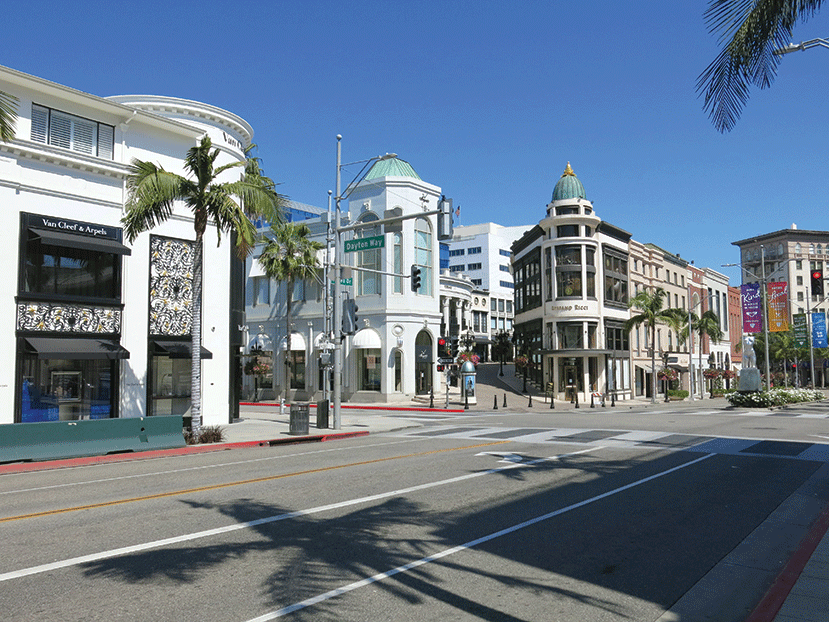 Some commercial tenants in Beverly Hills will be protected from evictions for an additional two months. (photo by Cameron Kiszla)

The Beverly Hills City Council voted unanimously on Aug. 4 to extend the city’s protections for small commercial renters for an additional two months.

On June 18, the council decided that rent payments would resume on Aug. 1 for many commercial renters, but in the days after the council’s vote, the state began rolling back many of the reopenings that are believed to have contributed to the recent rise in COVID-19 cases.

“The only reason why I supported the Aug. 1 date is because I thought we were moving, finally, toward some sort of normalcy,” Councilwoman Lili Bosse said.

Councilman Julian Gold said that at the time, the council members were “optimistic” that things would be “more normal” by August.

“It’s pretty clear that with the timing of the disease adjusted, we’re probably going to have to adjust our timing also,” Gold said.

Instead of Aug. 1, the council decided to align with Gov. Gavin Newsom and some other cities in Los Angeles County in continuing the commercial eviction moratorium through Sept. 30, meaning that rent would resume on Oct. 1.

“It just makes sense for us to get in line with the other jurisdictions, as well as the state,” Mayor Lester Friedman said.

With the resumption of rent pushed back, the city’s other benchmarks for tenants and landlords will be delayed as well.

“I do think we should really push out our whole schedule by two months,” Vice Mayor Robert Wunderlich said.

The two-month extension won’t apply to large commercial tenants – companies and their affiliates that have more than 100 employees, have average annual gross receipts of more than $15 million over the previous three years, operate in three or more countries (excluding online sales) or have their rent payments guaranteed by a business that meets one of the above criteria. Their rent resumed on Aug. 1, and they had until that day to pay back their missed payments with no penalty. They’ll have until Sept. 1 to repay back rent, plus any interest or late fees.

However, smaller tenants – all businesses that don’t meet the qualifications for large commercial tenants – will be given more time. They will have until Nov. 1 to repay the missed rent with no penalty. Any unpaid rent after that day will be due on March 1, 2021, and landlords can charge half of either the late fee or interest payment listed in the lease. The interest is capped at 5%.

The council members also reiterated their stance that landlords and tenants should come together to work out a repayment agreement. Any agreements already reached will remain in place, and agreements can also extend the repayment periods if both parties agree.

“We want the landlords and tenants to work it out together, but for me, the first thing is, we have to take the anxiety off these people who did not foresee that we would have the rollbacks,” Bosse said.

“All we can do is try and help people as much as we possibly can, and hopefully, in this case, facilitate discussion and agreements between landlords and tenants,” Councilman John Mirisch said.

The council members also prepared the public for these deadlines to be pushed back again if need be.

“Depending on where this goes, we might have to be addressing this again,” Bosse said.

Gold, an anesthesiologist, said if people are “smarter” with their behavior during this round of closures, the coronavirus could be better brought under control. Several council members encouraged everyone to wear masks and practice social distancing in an effort to prevent the spread of the virus.

Not everyone was hopeful, however. Mirisch said that without a long-term solution for the pandemic, the economic pain could continue.

“I don’t see any reason for us to be optimistic until and unless there is a vaccine or an effective cure, and that could be a while away,” Mirisch said.

L.A. may get tough on mask-wearing