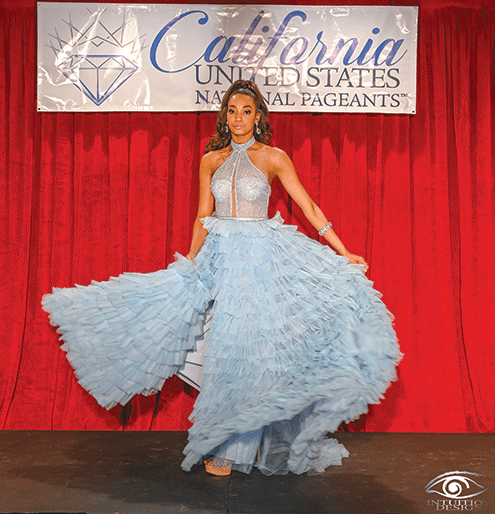 Morgan is an actress, model and lead anchor on Beverly Hills High School’s Channel 6 television news program. As a professional actress and titleholder, Morgan strives to inspire young girls and participates in many charitable efforts. She has received a letter from President Barack Obama and the White House recognizing her community service. She recently volunteered with Hashtag Lunchbag to provide food for families in need. Morgan is also a board member for the weRpossible project to help end teen suicide, and is enrolled in the programs Deca and Girl Up.

This article was updated at 12:11 p.m. on Aug. 22 to reflect that the name of the pageant is Miss California Teen U.S.