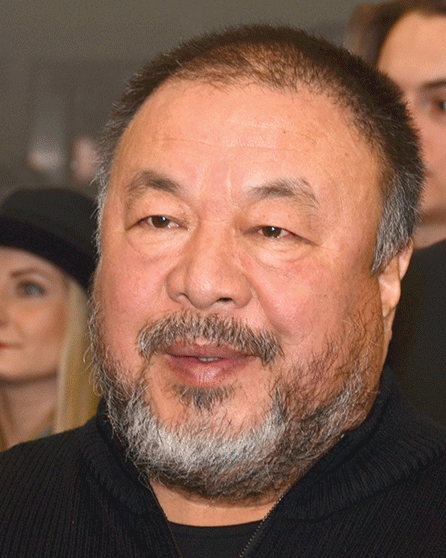 On Aug. 18, the Beverly Hills City Council unanimously voted to use a $200,000 donation from the Richard M. Cohen and Andrew S. Cohen Foundation to help the city acquire a work by the famed Chinese artist Ai Weiwei.

On Aug. 6, the City of Beverly Hills Community Charitable Foundation received the donation and transferred the funds to the city to help Beverly Hills purchase Ai’s cast-iron sculpture “Iron Root, 2015.” The City Council voted last year to follow the recommendation of the city’s Arts and Culture Commission and purchase the artwork, which weighs more than 3,700 pounds, according to a staff report from the April 16, 2019, City Council study session. “Iron Root, 2015” is 10 feet wide, 7 feet tall and 3.5 feet deep.

According to the 2019 staff report, “Iron Root, 2015” is valued at $1.8 million, but the United Talent Agency Artist Space in Beverly Hills, an extension of the United Talent Agency, is offering it to the city for $900,000. With the $200,000 donation, the artwork itself is expected to cost the city $700,000. Shipping, contingency costs, the plinth and installation costs were estimated at $200,000, meaning the city’s total payment would be approximately $900,000, which would be paid out of the city’s Fine Art Fund, “a restricted fund that can only be used for fine art related expenses,” the staff report said.

In the 2019 study session, Councilwoman Lili Bosse advocated for the city’s purchase and referenced Ai’s activism. Ai is a critic of the Chinese government’s alleged infringements of human rights and democracy, and in 2011, he was arrested and had his passport confiscated by the government for alleged tax evasion. He was detained for 81 days before being released. Many in the international community decried the arrest as politically motivated, and Ai left China for Europe in 2015 when his passport was returned to him.

“This is really exciting,” Bosse said. “Ai Weiwei is probably among the most celebrated, incredible living artists around right now in terms of his art and in terms of what he stands for, in terms of human rights … He is an incredible, incredible human being, and I’m hoping that somehow, we could get him for the dedication, because he really represents what we stand for as a city.”

According to the 2019 staff report, “Iron Root, 2015” is expected to be placed at the corner of Santa Monica Boulevard and Crescent Drive.

“I think the space in front of City Hall is an absolutely appropriate one,” then-Mayor and current Councilman John Mirisch added.

According to an update from the Arts and Culture Commission during the Mayor’s Cabinet Meeting on Aug. 10, the piece is scheduled to ship from Beijing soon, and a plinth is being made for the artwork. The plinth will take at least 10 weeks to create, and updates are expected in September, according to the commission.