Why can’t I find a great fantasy television series? 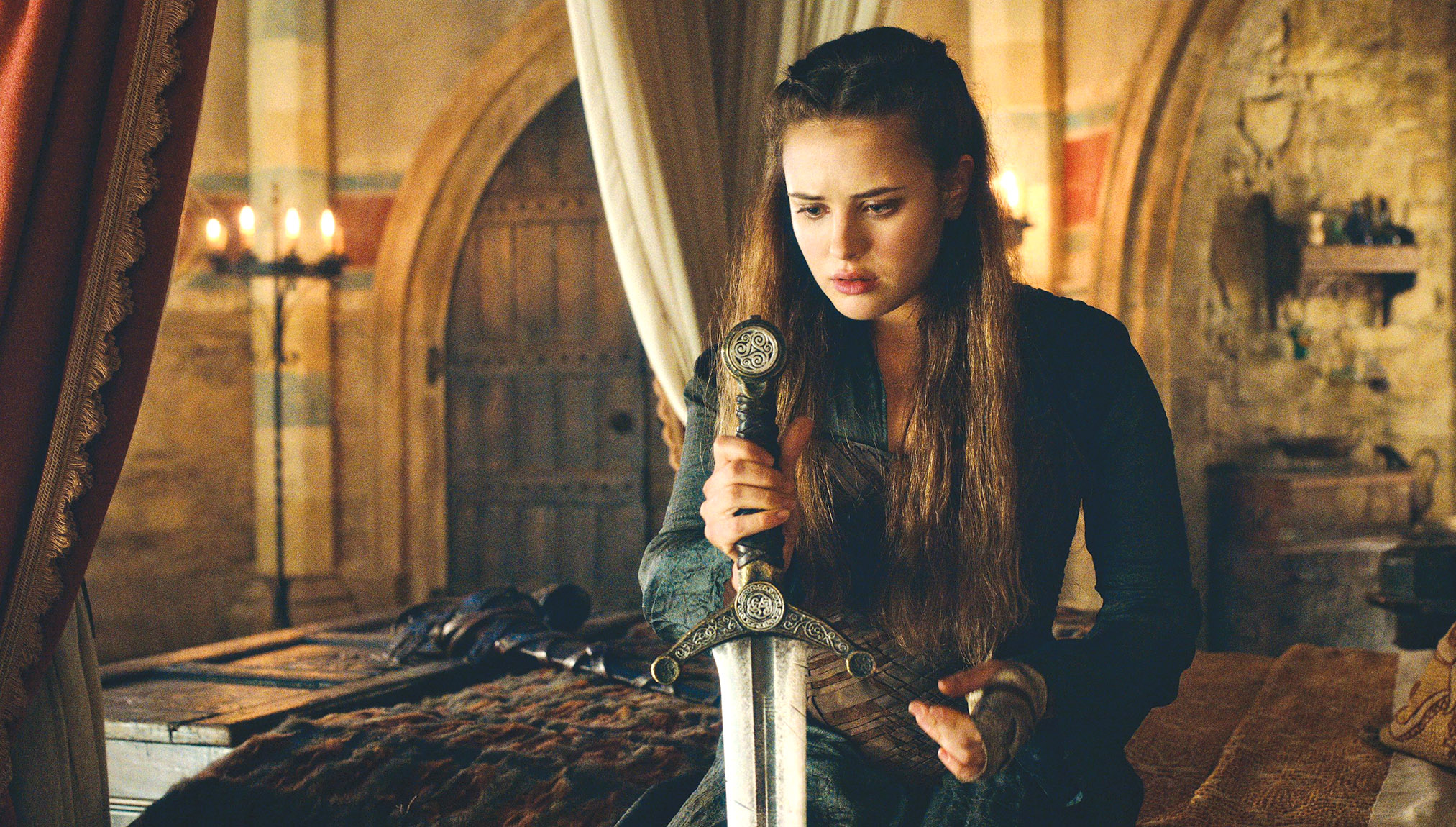 Katherine Langford appears in “Cursed,” a reimagining of the King Arthur tale. (photo courtesy of Netflix)

“Game of Thrones” choked in the 11th. Still, the entire series is an extraordinary feat worth the ride, overflowing with wondrous visuals, complicated characters and incredible action. More than a year later, however, I still can’t scratch my fantasy itch.

(Let’s keep animation and puppets out of the discussion for now, though many of those options are both worthy and often far better than their allegedly adult-directed counterparts.)

Horror-fantasy series like “Wynonna Earp” and “Supernatural” present delightful takes on classic fairy creatures, but what about fantasy from an ancient time? Not that modern day stuff that keeps the budget manageable but overt, classic fantasy with swords, fae creatures, perhaps a sorcerer rocking a sweet beard. Plenty of recommendation articles go heavy on historical fiction, but not fantasy. Sorry, but “Vikings” and Scottish time-traveling “Outlander” only have so much tonally in common with the Queen of Dragons.

Sure, the primary correlation is high-stakes drama – complicated yarns examining politics and human psychology. I suppose that’s fine, but the biggest “Game” hits normally included major plot points and especially something fantastic: a dragon attack, a battle or thrilling events that tap into lore. I contend the large viewership tolerated slow pacing more than elated in it.

Alas, too many “Game” brethren learned the wrong lesson. Biding time for sublime visual moments on “Game” normally paid off, even if viewers had to wait a fortnight. Those set pieces and graphics don’t really exist on the small screen anywhere else, at least not to the same degree of visual eye candy or narrative heft.

And like “Game,” it pits humanity against magic, which perhaps allows producers to avoid excessive visual effects, but that leaves us muggle viewers wondering why a fantasy realm features so little magic, even depicting a Merlin (“Vikings” star Gustav Skarsgard) who lost his powers, a tired cliche, indeed.

A second Netflix addition this year, “The Letter for the King,” faces a similar dilemma. As does the more popular “The Witcher” from 2019. While HBO lets series take their time, they also rarely feel like they make choices to fill episode orders, saving their annual budget for a few notable sequences before each finale. “Witcher” goes down that rabbit hole for several anecdotal episodes before finally going big – a lucky gamble, this time at least. 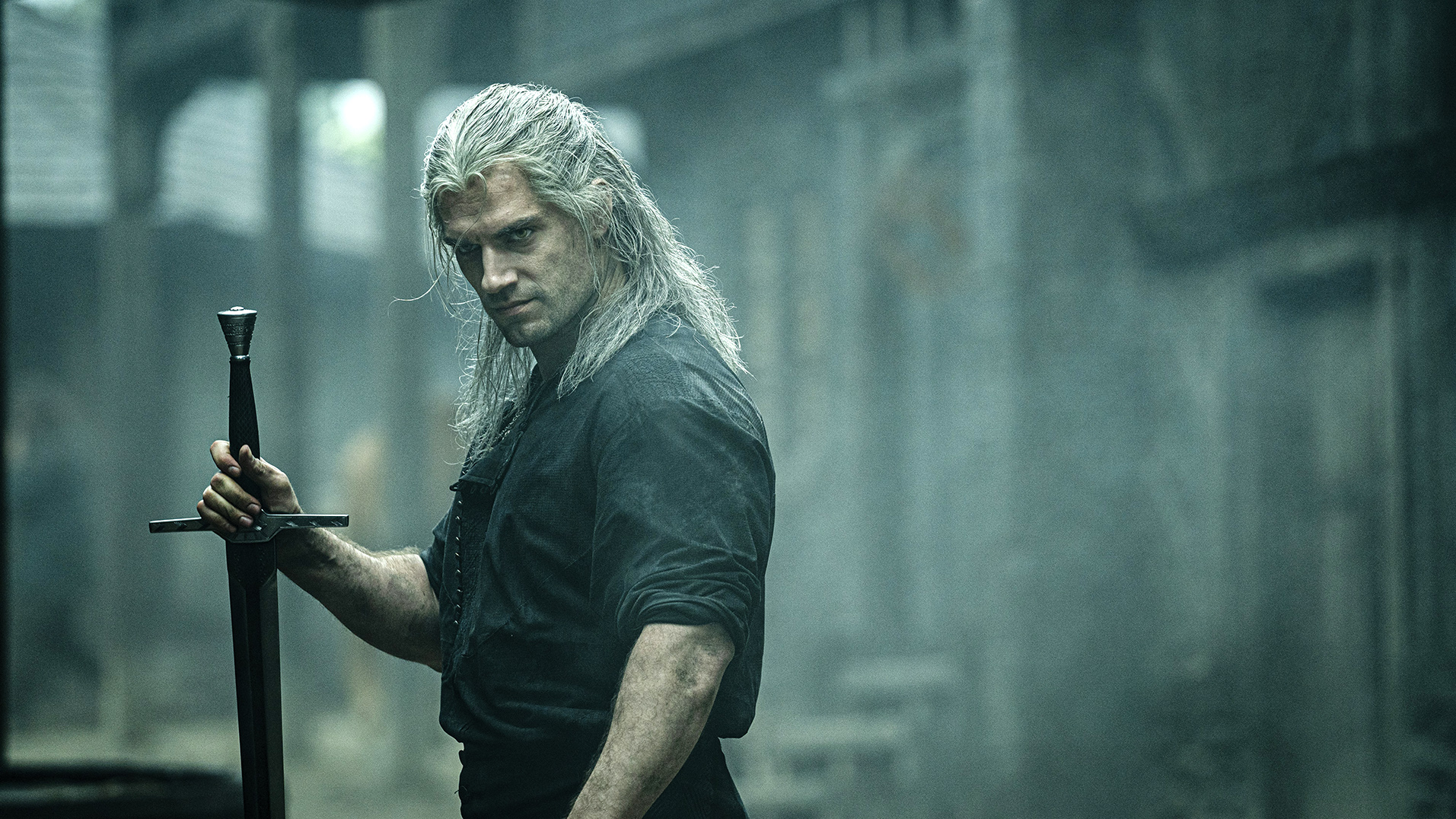 Henry Cavill stars in “The Witcher,” a series with solid characters and a unique story, but a pace that is too slow at times. (photo courtesy of Netflix)

These shows aren’t necessarily bad. “Witcher” had solid characters and a unique story, and “Cursed” can be watchable, fun at times. But as the brain child of co-creator Frank Miller – the comics legend who wrote and inked “The Dark Knight Returns,” “Sin City” and “300” – this small-screen adaptation of his illustrated young adult novel, also written by Tom Wheeler (“The Cape,” “Puss in Boots”), is too juvenile. Obnoxious characters, trope-laden conflict and caricatured villains begging to be smote – it should be so much more.

At least neither descends to the lows of Canadian comics adaptation “Warrior Nun,” Netflix’s answer to “Buffy the Vampire Slayer.” Mostly set in modern day, though some elite nuns act more like ninjas, alongside flashbacks to when an angel bestowed his halo upon a worthy warrior, so the legend tells. Even less happens until the season finale, which will probably be the end of the run.

Over at Amazon Prime, a couple deep fantasy dives amount to dire results as well. “Britannia” adds magic to the Roman Empire’s invasion of Britain, while “Carnival Row” goes full Tolkien with Victorian flair. Set in a seaside city (London in all but name), humans and fae creatures reside in disharmony. Orlando Bloom plays a detective investigating a series of grisly murders. Just imagine if Jack the Ripper targeted fairies. A clever premise undermined by delays and dull politics instead of fantasy lore. Even worse, the series continually flashes back to a war with more intrigue.

Others give it the ol’ college try. MTV’s “The Shannara Chronicles” brought us druids, demons and elves, but the teen soap aesthetic, with weak acting to match, hurt a show that would eventually be canceled after two seasons, once migrating to Spike. A shame too, considering it stars Ivana Baquero, Ofelia from “Pan’s Labyrinth.”

Then there’s NBC’s visually stunning “Emerald City,” canceled after a short run thanks to its stunted storytelling. Freeform’s “Shadowhunters” earned a three-season and two-part finale run, but that teen soap bit reared its damning head once more.

Frankly, the most involved fantasy series to date is ABC’s “Once Upon a Time,” garnering 156 episodes all about classic fairytale characters, from Snow White and Captain Hook to Rumpelstiltskin and even Dr. Frankenstein, traversing our world and a fantasy realm. Occasionally clever, but some campy sartorial choices, poor visual effects and, well, ABC-grade acting minimize the overall effect.

We have the promise of more grand fantasy series to come: a live-action “Avatar: The Last Airbender” and a new “Narnia” on Netflix, HBO’s “Game” prequel and Prime’s plan for a “Lord of the Rings” series. Until then, however, I have no choice but to keep watching every single episode of third-spring fantasy series. I just can’t turn them off.