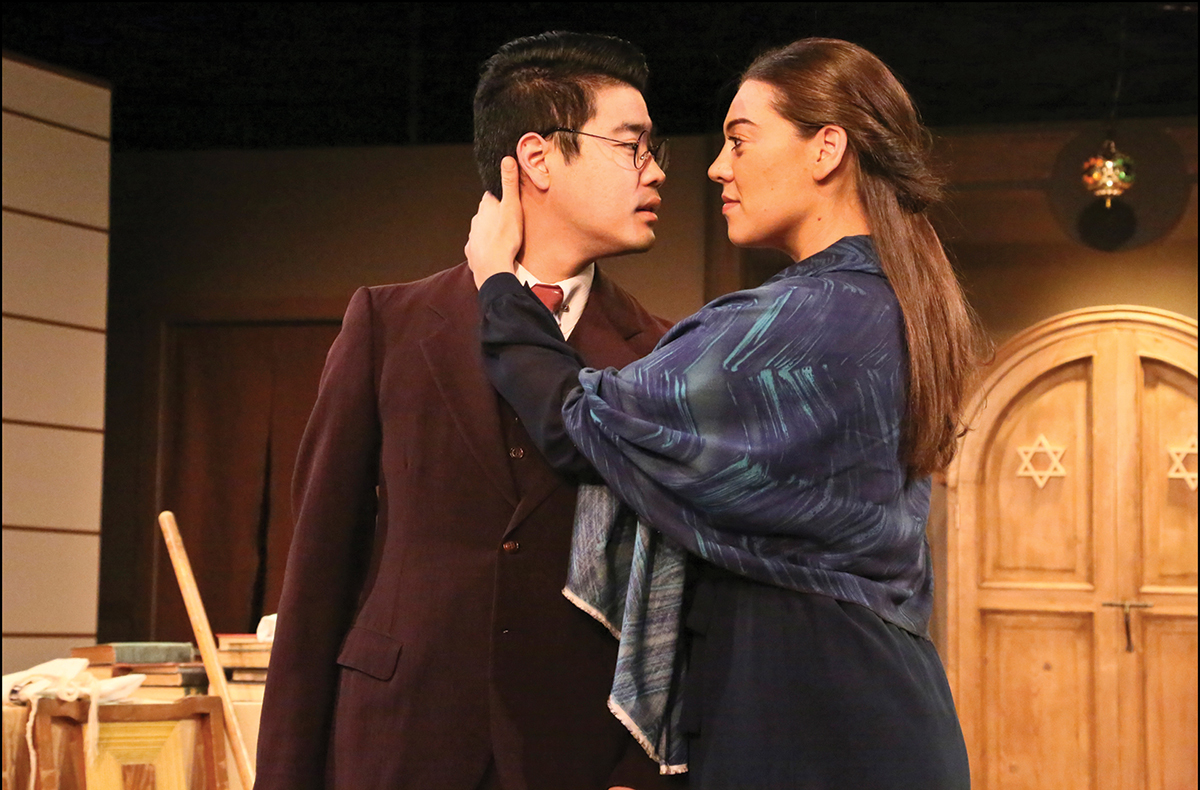 Scott K. Takeda, who plays Setsuzo Jotsuji, and Rosie Moss, who plays Sarah Kaufman, share a special moment during a performance of “Fugu.” (photo by Michael Lamont/courtesy of the West Coast Jewish Theatre)

While theaters are closed amid the coronavirus pandemic, and rather than waiting months until everything reopens, the West Coast Jewish Theatre has made several of its visual records of past productions accessible online.

The organization’s 2017 world premiere production of “Fugu” can be watched on YouTube  for free at youtu.be/R-xUdVDqZCk.

“Fugu” is suggested by true events set at a time prior to the United States’ entry into World War II. As a result of efforts of Japanese diplomat Chiune Sugihara, 6,000 Lithuanian Jews were rescued from the clutches of Nazis and relocated to Kobe, Japan.

Colonel Nohiro Yasue Japan’s minister of foreign affairs, is stationed in Kobe. The newly settled Jews establish a community, but their safety may be short-lived as the Gestapo’s Colonel Josef Meisinger, also known as the Butcher of Warsaw, is a Nazi liaison at the German Embassy who is intent on seeing no Jews escape alive.

Yasue has devised a scheme with the objective that Japan and America do not end up in war. Meisinger, intent on eliminating the Jews of Kobe, reminds Yasue of Japan’s treaty with Germany and Italy, and he demands his cooperation. But Yasue is a man of honor and the Jews are under his sworn protection.

Although the online presentation of “Fugu” is free, the West Coast Jewish Theatre, a nonprofit organization, accepts voluntary donations in support of its ongoing creative endeavors.

Everyone in for stories from the frontline